Dustin Lewandowski Has No Time To Eat Bad Pizza

Share All sharing options for: Dustin Lewandowski Has No Time To Eat Bad Pizza

Sin City is home to a lot of restaurants and bars, but there are tons of hidden gems that the majority of Las Vegans aren't unearthing. To help guide us to these potential discoveries, we've enlisted some of our city's food players to share their recommendations for Dining Confidential. This week, we asked chefs to talk about their favorite pizza joints for Pizza Week. Know a chef who wants to share some top dining spots? The tipline is open. 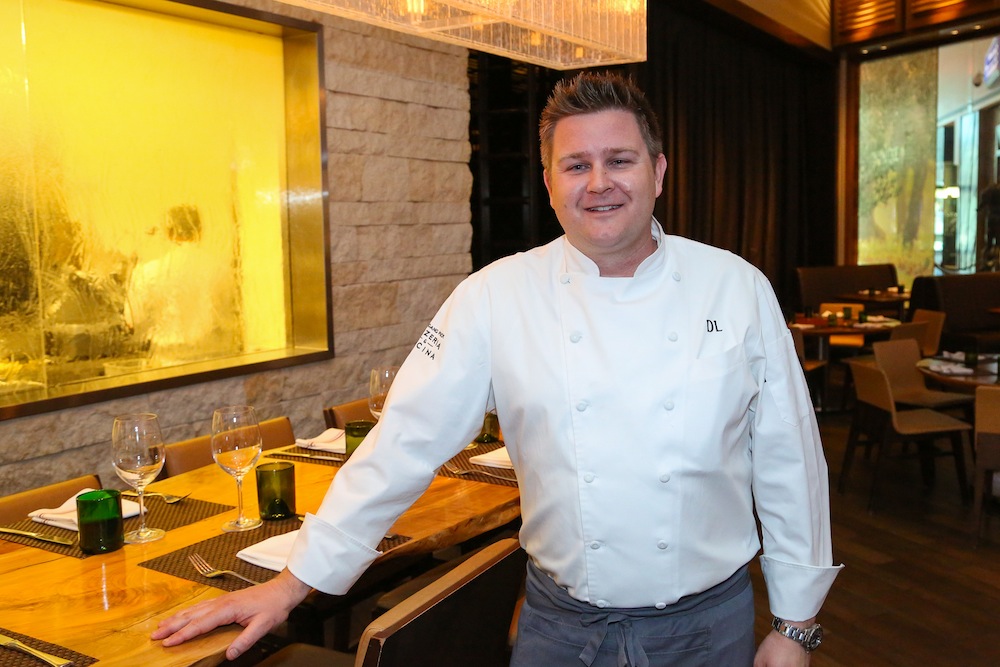 Dustin Lewandowski has been the executive chef at Wolfgang Puck Pizzeria & Cucina at the Shops at Crystals since it opened in 2010, meaning he's eaten a lot of pizzas in the past four years. Before that, he started as a line cook at Postrio at the Grand Canal Shoppes in 1999 and worked his way up Puck's food chain to open Wolfgang Puck Bar & Grill in 2004 at the MGM Grand, where he was the executive chef until the pizzeria opened. Lewandowski grew up in Grand Island, Neb., where he landed his first job in the food and beverage industry at Nathan Detroit's Bar & Grill, learning the basics of working on a kitchen team. Here, he shares his favorite places to order pizza when he's not working.

Which restaurants do you turn to when you're not working?
I eat a lot of pizza at work so it's hard to eat it when I'm off work. One of my favorites is Settebello. They've been around a while and their product is authentic. The menu is very welcoming. Simple and rustic. I go to the restaurant in Green Valley.

I get the Diavola there. It has finocchiona (peppered salame) on it and a red sauce. It's spicy and has a great crust that's nice and chewy. I usually order it with a simple arugula salad. They also a great selection of Italian beers.

Other than that, I usually grab pizza from one of our restaurants and take it home. I'm here more than anywhere. I crisp it up at home. The Italian sausage with scamorza (smoked mozzarella) and cherry peppers and spring onions is really good.

The original Metro Pizza on Flamingo and Decatur is good. I get the original Bleecker Street.

I rediscovered pizza four or five years ago. I have a hard time wasting money on bad pizza. There are better opportunities now to eat really good pizza.

Pizzeria Bianco in Phoenix. I go once a year for spring training for the San Francisco Giants.

If you look at a picture of their frontage it's a brick building that looks 100 years old in the middle of downtown Phoenix. I like to order pizza and beer or a bottle of Proscecco. It takes an hour and a half to get in. The pizza Rosa with pistachios, shaved red onion, rosemary and parmesan is what I order. It's done perfect every time. The setting is amazing. It might not be from Italy but it looks like it should be.

The have a great antipasto platter with market vegetables roasted in the pizza oven.
· All Coverage of Wolfgang Puck Pizzeria & Cucina [~ELV~]
· All Dining Confidentials [~ELV~]
· All Pizza Week 2014 Coverage [~ELV~]