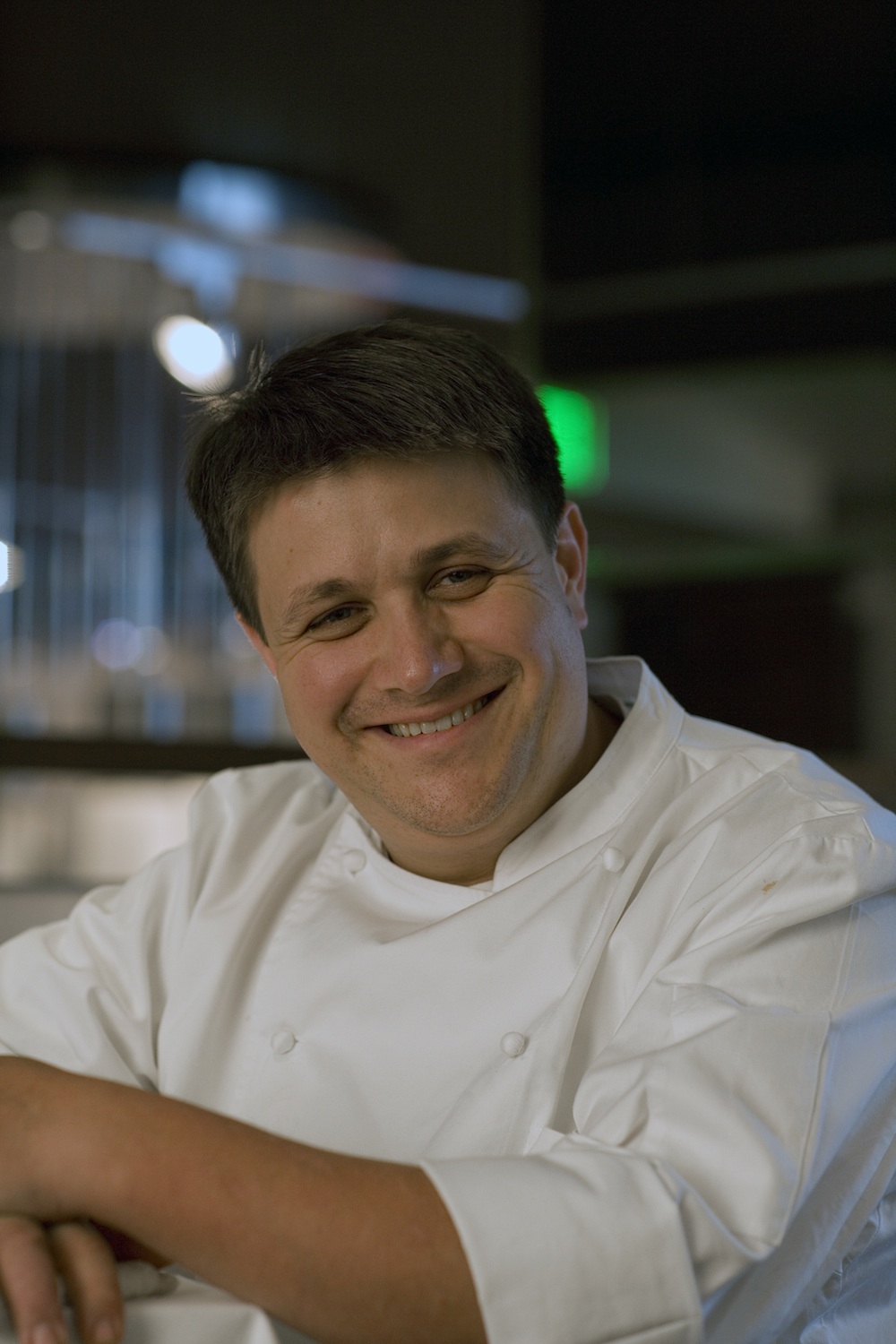 Legend has it that Wolfgang Puck came up with his smoked salmon and caviar pizza when his restaurant Spago ran out of bagels and he swapped out a pizza crust instead. "The stories are always changing and evolving," says Eric Klein, the executive chef of Spago at the Forum Shops at Caesars.

The very California pizza originally came out of Puck's original Spago in Beverly Hills but remains a mainstay on his cafe lunch and dinner menu at the Forum Shops. He even served the dish at the Governors Ball, Puck's massive Oscars after party. Here, Klein talks about what goes in to making the dish that's become one of Puck's most famous. 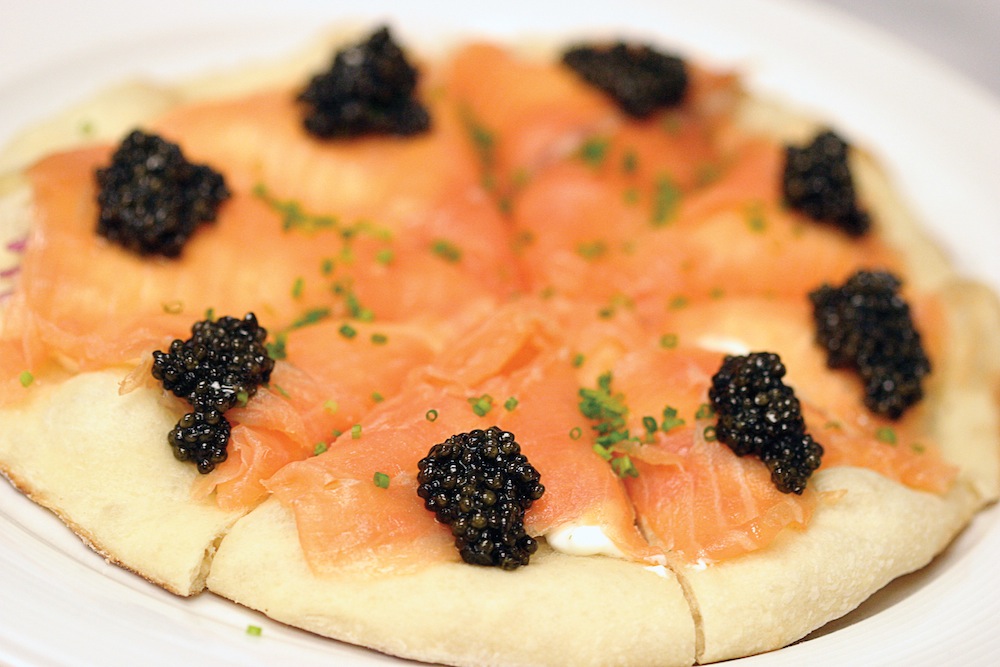 Klein smokes the salmon in house. He starts by butchering it. "It's a four-day process," he says.

The salmon is cured, seasoned with cloves, bay leaves, parsley, thyme and brown sugar and then smoked for eight hours. "We don't cook the salmon," he says. Between 6.5 and 8 ounces is used to cover the pizza.

Klein cooks the pizza for about five minutes with shaved dried onion and olive oil to make a cracker-like crust. Then he covers the pizza with creme fraiche. Salmon tops that, followed by salmon or sturgeon caviar and chives.
· All Coverage of Spago [~ELV~]
· All Pizza Week 2014 Coverage [~ELV~]
Eric Klein [Photo: Wolfgang Puck Fine Dining]