Updating the World of 1923 Bourbon & Burlesque

Share All sharing options for: Updating the World of 1923 Bourbon & Burlesque

Take a speakeasy motif, a cigar lounge and put a spotlight on Holly Madison shimmying and entertaining in a 1920s Burly Q style and you have the premise for 1923 Bourbon & Burlesque, now promising to debut on May 1. 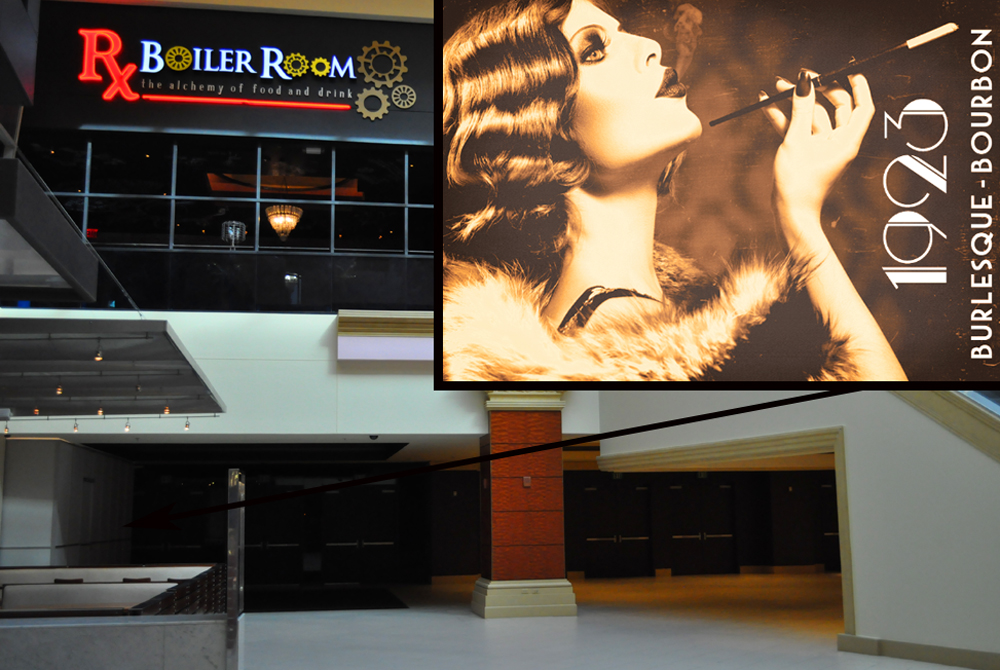 The project will operate as a late-night destination, residing in the former Ivan Kane's Forty Deuce, once another burlesque-themed live venue. A band of musicians and jazz singers will perform Golden Age jazz standards.

Alongside a roster of 23 cigars to purchase, custom barrel-aged whiskey will be promoted on the menu. Twenty-two cocktails have already been announced, featuring their versions of trad favorites like the Rob Roy and Blood and Sand. Their house Manhattan is created with rye, Carpano Antica, bitters and bourbon cherry. Newcomers include the Holy Grail, mixing Fernet Brance, Canton ginger, lemon and 2 beers hard cider.

While the project's Facebook page touts the concept as "by Holly Madison," the heavy lifting of running the space will be filled by Seattle-based 1923 Management, who are already in charge of that city's Aston Manor, a 1920s speakeasy nightclub featuring live music and burlesque-styled staff.

The management company 1923 also oversees Maison Tavern, a mezzanine bar and lounge within the Manor, serving a menu from chef Bryan Ogden, son of former Las Vegas farm-to-table pioneering chef Bradley Ogden. During club nights a password lets you into the tavern space through a hidden swinging bookcase door.

The Manor debuted in October, with Ogden providing modern twists on small-plate dishes to counter the old school lodge vibe meets the ambiance of a wealthy bootlegger's home.

So far, there has been no hints 1923 Bourbon & Burlesque will offer late-night dining to augment the production numbers. And while the Las Vegas venue promises vintage sounds from the golden era of jazz, in Seattle the soundtrack is filled by EDM deejays and hip-hop track lists, pushing a contemporary nightclub experience into a vintage setting.

As work continues on the Mandalay Bay location, no word yet if their original plan to place a vintage car in front of the entrance will be permitted by building inspectors, or whether parking an enormous physical clue to the location of a "hidden" club was dismissed as too unsubtle a hint.
· All Coverage of 1923 Bourbon & Burlesque [~ELV~]
· All Coverage of Holly Madison [~ELV~]