Who Has The Best Pizza in Las Vegas? Readers Voted...

Share All sharing options for: Who Has The Best Pizza in Las Vegas? Readers Voted...

Four finalists vied for the title of best pizza in Las Vegas last week. Over the course of Pizza Week, 16 contenders were whittled down to Naked City Pizza Shop, Radio City Pizza, Pizza Rock, The Pizzeria, aka Secret Pizza at Cosmopolitan of Las Vegas. More than 3,700 voted. And now a winner can be revealed. 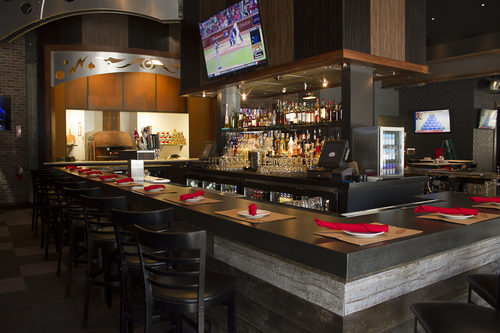 Pizza Rock, the pizza joint that only opened about six months ago on the esplanade outside the Downtown Grand, won in the 24-hour voting window that ended Saturday afternoon. Nearly 1,250 voted for the pizza joint from Tony Gemignani. Radio City Pizza put up a good fight with 1,059 votes.