Tacos Mi Ranchito Shut Down by SNHD, Another Close

Share All sharing options for: Tacos Mi Ranchito Shut Down by SNHD, Another Close

Tacos Mi Ranchito at 4350 E. Bonanza Road was shut down by the Southern Nevada Health District on March 22 with an imminent health hazard.

Inspectors found no hot or potable water during the routine inspection. Other violations included no hot or cold running water from an approved source, food unprotected from contamination and more, resulting in 21 demerits.

Previous inspections always resulted in an A grade. 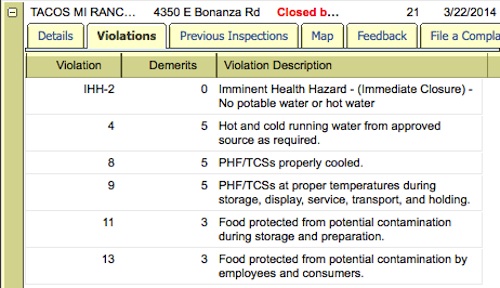 Also of note, Mr. Sandwich at 4215 Spring Mountain Road earned 40 demerits, one short of being shut down, on March 21. Inspectors found staff wasn't washing their hands properly, foods were stored at improper temperatures and ineffective pest control measures among the violations. 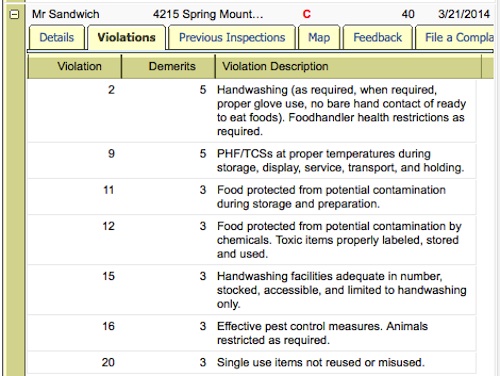