Welcome to On the Racked, where Racked Vegas editor Susan Stapleton shares the top fashion and retail news of the week. Keep up with Racked Vegas by signing up for the newsletter, coming out twice a week. 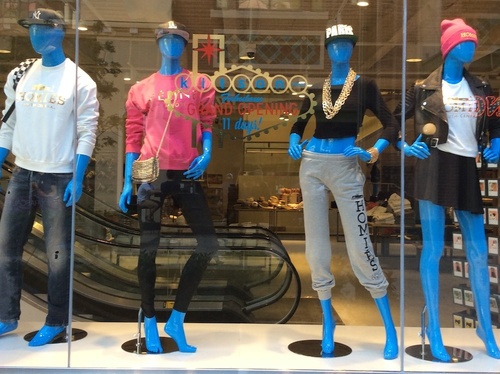 THE LINQ — Kitson opens its largest store this week at the new entertainment district, and they've been teasing some of their Vegas exclusives here and here.

BALLY'S LAS VEGAS — Here's an update on the Grand Bazaar Shops, the 2.6-acre retail and dining center going in front of the resort. Anchor CVS won't break ground until winter, after the center with 150 shops opens. Do keep track of the tenants announced so far and some amusing bickering with the Paradise Town Board, who described the overall design of the place as a "Tijuana" market.

THE STRIP — For those of you who head to the pool parties, Michael Boychuck of Color Salon shares some of his favorite looks for the dayclub crowd.

FORUM SHOPS AT CAESARS — The latest coming to the shopping mall? Mulberry, the British handbag company, planning to open later this spring.