Dishes from Around the World Make Guy Fieri's Menu

Share All sharing options for: Dishes from Around the World Make Guy Fieri's Menu

Guy Fieri is gearing up to open his first Vegas restaurant at The Quad later this month, a place meant to look like his home with woods, tiles, metals and natural textures along with new dishes unique to Vegas. The UNLV grad talked to Total Rewards about Guy Fieri's Vegas Kitchen & Bar, where he says he plans to serve dishes from Asia, Mexico, Italy and the United States. 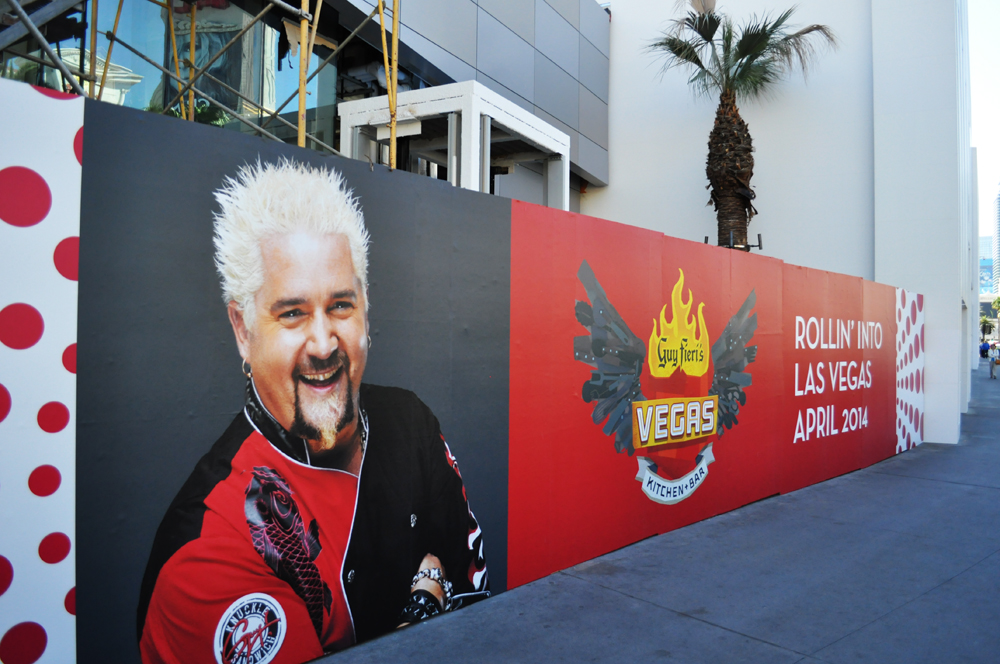 "We're doing everything from a pulled pork taco to a slider to General Tso lollipop chicken wings," he says. While some dishes from his Times Square restaurant such as his Vegas fries, inspired by his days at UNLV and ordering $1 overcooked steak fries tossed in Buffalo sauce and topped with blue cheese, most of the menu is new.

"Even the things that have been old school staples in my repertoire have gotten another spin. It's that old saying, "You play better on a better team.'"

Fieri also says he doesn't like his shots strained, so he plans to serve "20 different shots that come out of iced dispensers."

As far as the look of the place, Fieri says he brought in the Nemeth Design to create the exhibition kitchen. "I wanted to wear jeans, shorts, tennis shoes or flip flops. …This experience is really how I like to live. It's tremendous attention to detail in the food and responsibility in the service but in a cool, casual, non-pretentious environment."

Expect the opening in late April, although the Las Vegas Sun reports Fieri arrives Thursday night for a menu tasting and tour of the restaurant on Friday.
· Q&A with Guy Fieri: What's on the Menu for His Las Vegas Restaurant [Total Rewards]
·All Coverage of Guy Fieri [~ELV~]