Nobu Matsuhisa on the First Year of Nobu at Caesars Palace

Share All sharing options for: Nobu Matsuhisa on the First Year of Nobu at Caesars Palace 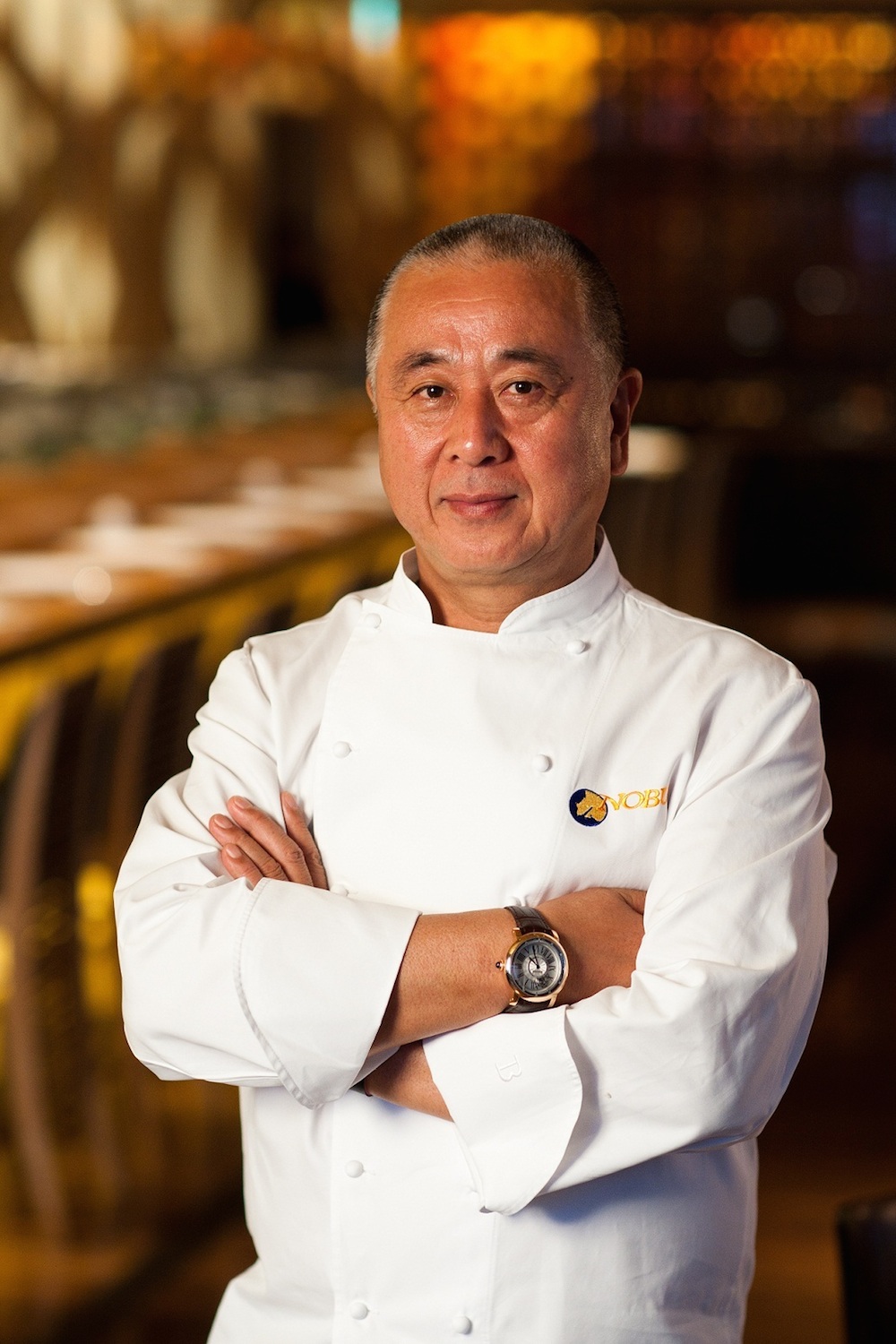 Nobu Matsuhisa wowed the world when he opened his first Nobu Hotel inside Caesars Palace last year. Along with it, the largest Nobu restaurant in the world. The 12,775-square-foot Nobu Restaurant & Lounge features more than 325 seats as well as a sushi bar, exclusive private dining area and three teppanyaki tables, a first for the chef. Origami, cloud-like light fixtures, bowed columns of bamboo and more create the look behind this restaurant, which David Rockwell of the Rockwell Group says was inspired by the Japanese notion of wabi sabi, the simplicity and beauty in natural states.

Here, Matsuhisa looks back on the first year of the restaurant and hotel, how he came up with the concept and more.

How did Nobu come together at Caesars Palace?
Caesars Palace is at one of the best locations on the Las Vegas Strip, and there is no better setting for a Nobu Hotel than the epicenter of Las Vegas. We also felt that the cultures of both the Caesars Palace and Nobu brands were similar in that we both work very hard to satisfy our guests, providing unique and luxury guests experiences.

Why make Las Vegas the first place to open a hotel?
Nobu has been the draw card for various hotels and real estate assets for many years and so the next logical step was to offering our guests the full spectrum of hospitality. Las Vegas is one of the world's global centers and our brand has been well received in the city for many years. The city was an ideal place for us to make our mark in delivering a unique and experienced-based Nobu Hotel as it is a great city where "fun-luxury" really needed a home. The Nobu Hotel has won various awards since its opening and so we feel we are on the right path.

How are the two Nobu restaurants in Vegas different?
Food and services are about the same, but Nobu Las Vegas Caesars has a Nobu Hotel on its premises. They serve room service and each has a different room service menu.

What inspired you to bring teppanyaki to Nobu?
We have teppanyaki at Nobu Melbourne and I wanted to bring it to other Nobu restaurants.

With such an enormous empire of restaurants, how do you make each one unique?
We have good teams, good communication and good relationships with our other restaurants.

Do you experiment with a dish in one location and then introduce it to other locations?
Yes, we do try out our new creations before presenting them to our other locations.

What have you learned in the first year?
Nobu Hotel is our first experience with a hotel and restaurant combined. I have learned the importance of good reviews and maintaining consistent quality of food and service.

What were you thinking about in terms of design of the restaurant?
Since Nobu Las Vegas Caesars is our largest restaurant, I was concerned about our customers comfort and really wanted to install teppan-yaki tables, and of course that they enjoy our foods.

What was the menu testing process like?
Thomas Buckley, our corporate chef, and I spent time going over the menu and trained many new chefs before deciding on the final selections.

What's the must order dish of the moment?
I don't have a MUST order dish. You can order anything you have a taste for.