Yannick Augy Talks About the First Year of Hakkasan

Share All sharing options for: Yannick Augy Talks About the First Year of Hakkasan 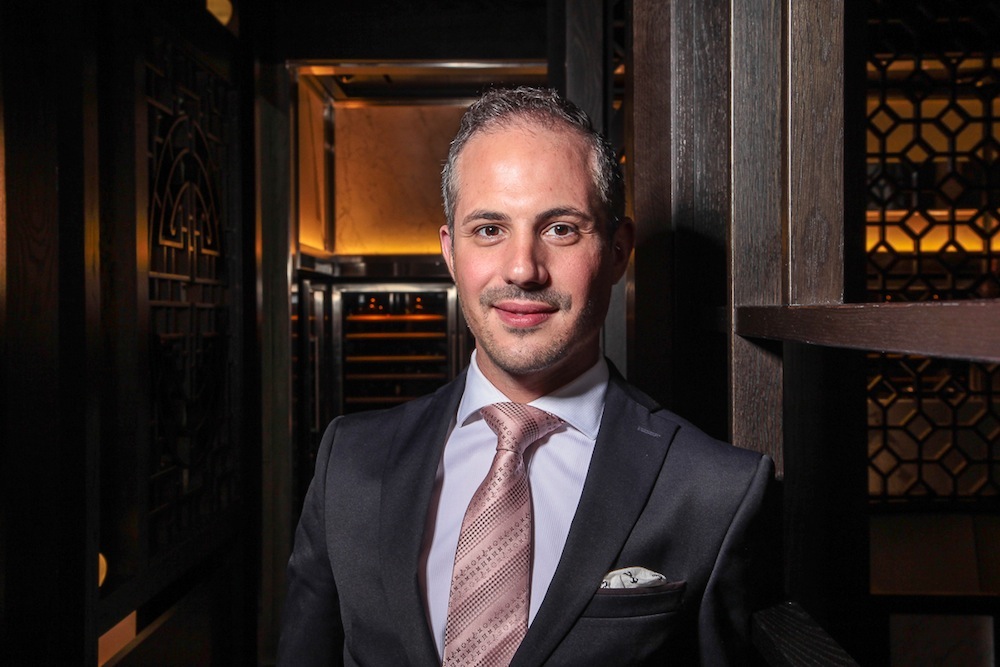 Hakkasan was perhaps one of the biggest openings of 2013, bringing two floors of modern Cantonese dining and three levels of nightclub, a first for the brand. Since, Hakkasan bought out managing partner Angel Management Group and MGM Resorts teamed up with the brand to open Hakkasan-branded hotels and restaurants worldwide. Here, general manager Yannick Augy talks about what went into opening the restaurant, how they've overcome the perception that it's just a nightclub and changes to the menu that lowered the prices.

How did Hakkasan initially come together?
Hakkasan currently stands in the space where Studio 54 used to be. Angel Management Group operated the venue until January 2011 and from here wanted to build the next iteration of a "restaurant meets nightlife" concept along with global restaurant brand Hakkasan Ltd.. In the summer of 2012, after nearly two years of planning, the five-level, 80,000-square-foot project was underway. In April 2013, Hakkasan Las Vegas opened to significant fanfare with world renowned DJs at the centerfold. Just a few weeks later, on May 3, the restaurant opened its doors to offer guests its signature modern Cantonese cuisine.

Were you given any direction from the MGM Grand in terms of the food?
The Hakkasan brand is widely known and respected across the globe. A new presence in the entertainment capital of the world signified an evolution of the brand, with the goal of this venue to be unique within market and remain true to the luxurious design and world-class cuisine established at its flagship location London, Hakkasan Hanway Place.

What changes did you have to make to the space in order for Hakkasan to open at MGM Grand?
Hakkasan and Angel Management Group, now Hakkasan Group, wanted to offer a variety of environments for guests to experience including the restaurant and private dining room, Ling Ling level, main nightclub, pavilion and mezzanine. Its progressive design, spearheaded by internationally respected design firms Gilles & Boissier for the restaurant and 212 Design for the nightclub, encompassed the brand's distinctive aesthetic: a contemporary vision inspired by classic Chinoiserie, re-imagined for Las Vegas.

What was the initial menu testing process like?
The menus worldwide are 80 percent the same and 20 percent different in the city based on the demographics. For someone like me not familiar with Chinese cuisine, that was a learning process.

For Las Vegas, chef Ho Chee Boon created some special items. The duck with kumquat and duck sauce is only in Las Vegas. We do have desserts that are different except the macron and fruit platter.

We have a lot of gluten free items and vegetarian items.

What have you learned over the past year?
A lot. When we first opened, a lot of people though it was just a nightclub. The Las Vegas restaurant is the only one in the word with a nightclub and restaurant. That was a challenge in a good way.

What dishes are most popular here?
The Chilean sea bass, the Hakka dim sum platter, the crispy duck salad. For dessert, the passion fruit panna cotta is absolutely a piece of art, and of course our macaron.

Have the guests at the MGM Grand embraced the restaurant?
Yes, they definitely did. We do have a lot of guests from Wynn, Encore, Bellagio, Cosmopolitan. With the remodeling the MGM Grand, we're starting to see a different clientele. People have a better education on the food.

Six months in, what changed?
We changed a little bit of the menu. It was extremely expensive. We reduced the menu cost.

We have a better understanding how to cater to just the nightclub guests and give them the VIP treatment. You want to make sure they have the real Hakkasan experience.

Does it seem like it's been a year?
It went so fast. The amount of gray hair that grew on my head. Time flew by so quickly.

What's the must-order dish of the moment?
The Chilean sea bass for sure. The seasonal fruit platter. A lot of dishes you can't go wrong. The Hakka dim sum.

What's in store for the future?
A lot. We expanded the company dramatically with the Hakkasan Group. We have 30 locations worldwide including the 12 Hakkasans. We're in Shanghai now.

We have some new restaurants we are going to open.