Share All sharing options for: Pork, Beans & Booze Gone from The Container Park

In a surprise move, Michael Cornthwaite and his Future Restaurant Group have pulled Pork & Beans, the adjacent Beatnik and nearby mini-bar The Boozery out of Fremont East's Container Park. The retail, dining and entertainment center built from re-purposed shipping containers only just debuted in November 2013. All three will be empty shells by the middle of April.

The departure uncovered by the Las Vegas Sun, received a precise and measured response from the Future Restaurant Camp, but leaves more questions than answers. Spokeswoman for the company, Cornthwaite's wife Jennifer, explained, "We are so pleased to have been a part of the conceptual and design team and ultimately operations inside Container Park, and leave some great spaces in very capable hands to continue,"

Built by Zappos CEO Tony Hsieh's and his Downtown Project redevelopment juggernaut, the park has created a family friendly environment often dominated by children during the day and a steady venue for live shows in the evening. Featuring more than two dozen stores, the remaining dining options are served L.A.'s Pinches Tacos, vegan food from Simply Pure and Big Ern's BBQ. 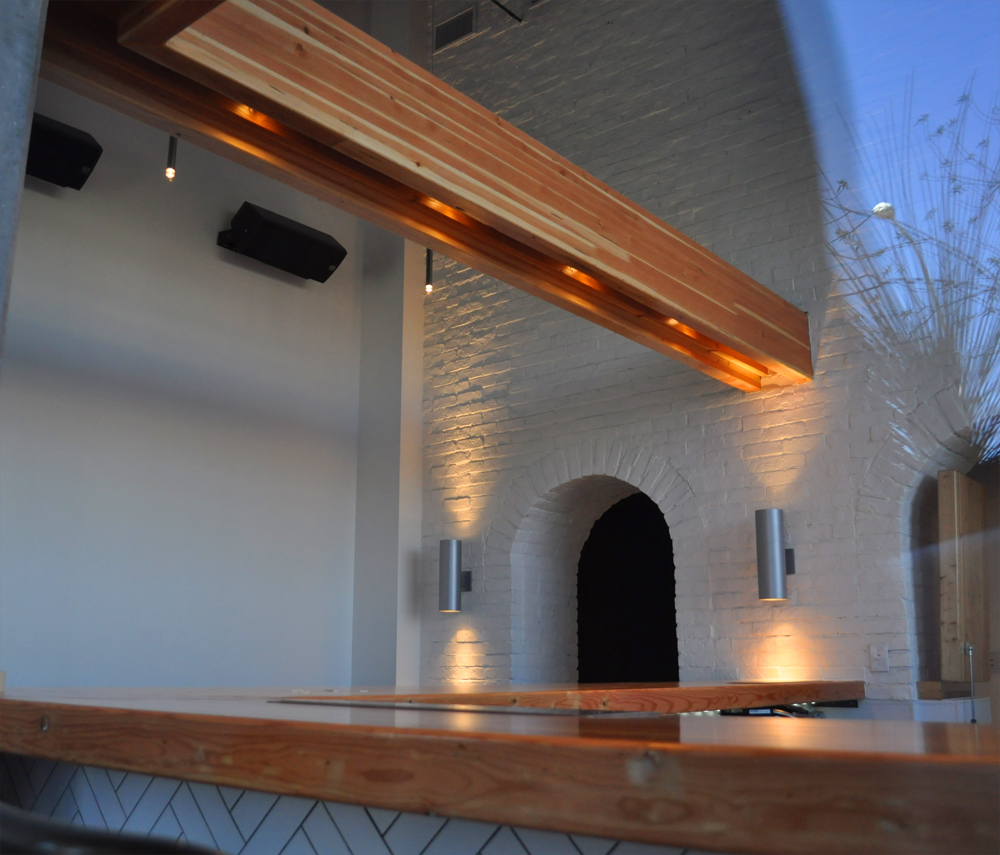 With a rarely touted menu created by celebrity chef Kerry Simon and located in the first container when visitors entered the facility, Pork & Beans ran into controversy early into its brief tenure. Cornthwaite fired project runner, former LA Market head chef and TV's Hell's Kitchen season eight winner Nona Sivley, calling her not "the right fit." Chef Sivley recounted a different perspective on the working environment, even quoting a Pork & Beans staffer admonishing, "We don't need any dykes down here," before her departure. Indicative of the habitual, poorly updated Web presence of the Downtown Project universe, The Container Park still promotes Sisley as the head chef.

At the rear of Pork & Beans container was The Beatnik, a take-out coffee and pastry window, seen as a junior outpost of Cornthwaite's The Beat Coffeehouse seated just down the block Emergency Arts multi-use complex. The Beantik was hampered from day one by a hidden side location and poor signage.

The Boozery, described as a "double-wide watering hole," was located close to the live music stage and featured the advantage of a patio and upstairs seating to enjoy the only full bar menu at the park. It sat directly across the children's' play area from Bin 702, a wine bar, created with help from the Downtown Project.

The Cornthwaites now plan to focus energies on their other downtown properties including the still partly unfinished Inspire Theater and the forthcoming Scullery, set to feature private booths, a 100-seat theater and a main bar with the equivalent space of the soon to shutter Boozery. It is located the ground floor of The Ogden condominium building, home to Tony Hsieh. First announced last August, the Scullery was due to debut in October 2013.

No new tenants have been proposed for the two, soon to be vacant containers. A Kerry Simon downtown menu will next be seen when his Carson Kitchen opens just two blocks away from Pork & Beans, at the former John E. Carson Hotel later this year. The Cornthwaites are holding out the option of The Boozery and Pork & Beans being revived, somewhere, sometime in the future.
· All Coverage of Future Restaurant Group [~ELV~]
· All Coverage of the Container Park [~ELV~]