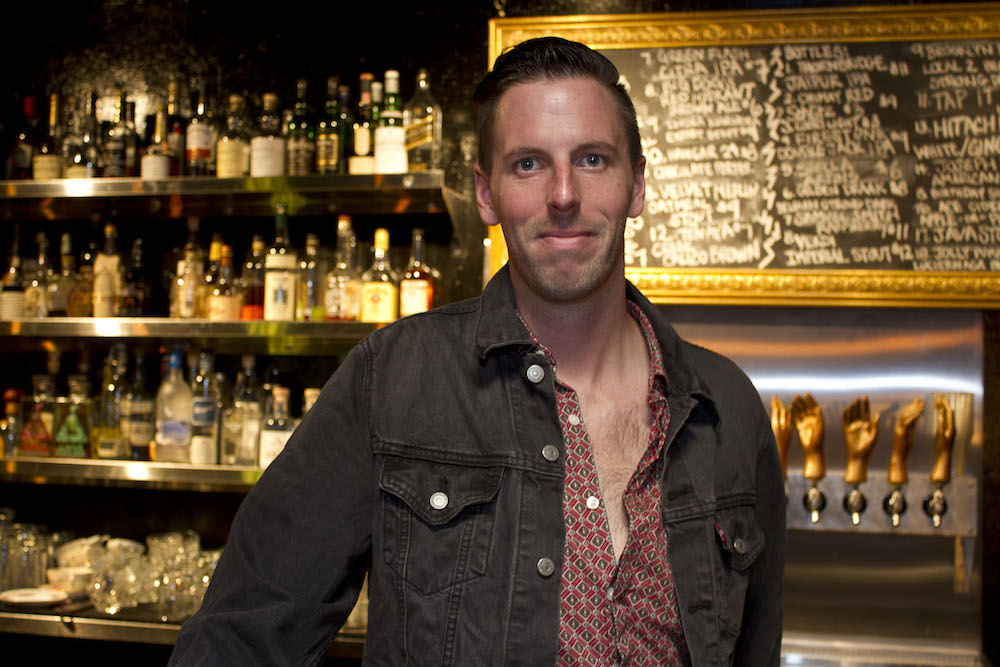 Lyle Cervenka says he was nervous that when he moved to Vegas, his "bartending career would turn into slinging energy drink/high-end vodka combinations at a mega club." Instead, he landed at Velveteen Rabbit. "It's amazing to work a bar that encourages creativity alongside a staff of fun, passionate people," he says. "I've also been blown away by the bartending community here in Vegas. It is refreshing to see bartenders high on talent without huge egos. I feel fortunate to be part of the Downtown Vegas revival and can't wait to see the area continue to grow." Here, the bartender who worked at Fords Filling Station in Los Angeles, Elements Kitchen in Pasadena and several other LA restaurants and bars talks about his favorite places to do some people watching, where he drinks beer and more.

Which bars and lounges do you turn to when you're not working?
When I'm going out for a great cocktail I visit Vesper Bar at the Cosmopolitan. The drinks are always on point and the eclectic crowd passing through the lobby of the Cosmo makes for great people watching.

For beer, I love Money Plays. Their beer list is huge and always changing.  Even better they combine two of my favorite things: beer and tacos. The taco shop next door will deliver food while you sample craft beers at the bar.

Frankie's Tiki Room provides the perfect post shift oasis for a beer and shot with my co-workers. Additionally, Frankie's is a unique off the strip watering hole to take people visiting from out of town.

What cocktails are most memorable?
At Vesper, I usually go with a Manhattan or gin martini. All the bartenders know their stuff and make a mean classic cocktail.

I had a memorable time at Money Plays when I stopped in during their Ballast Point tap takeover event. Being able to sample different beers from one of my favorite breweries in a laid back, local setting made for a perfect afternoon.

At Frankie's it's usually late after a long night at work so I stick with a cold Red Stripe and shot of Jameson. However, if I'm getting a tiki drink, the Wild Watusi is where its at (everything a tiki drink should be; mixed rums, mango, lime, orange and super strong).
· All Coverage of Velveteen Rabbit [~ELV~]
· All Cocktail Confidentials [~ELV~]