Share All sharing options for: Six New Restaurants Heading to The Park

The long-awaited Shake Shack, coming to The Park between New York-New York and the Monte Carlo and anchored by a 20,000-seat arena, is about to get some new neighbors. Six new restaurants were just announced to reside alongside the roadside burger stand. You'll be doing a lot of drinking with wine, beer, sake, whiskey and rum on tap at these new places, which will sit along the Rue du Monte Carlo on the New York-New York side. 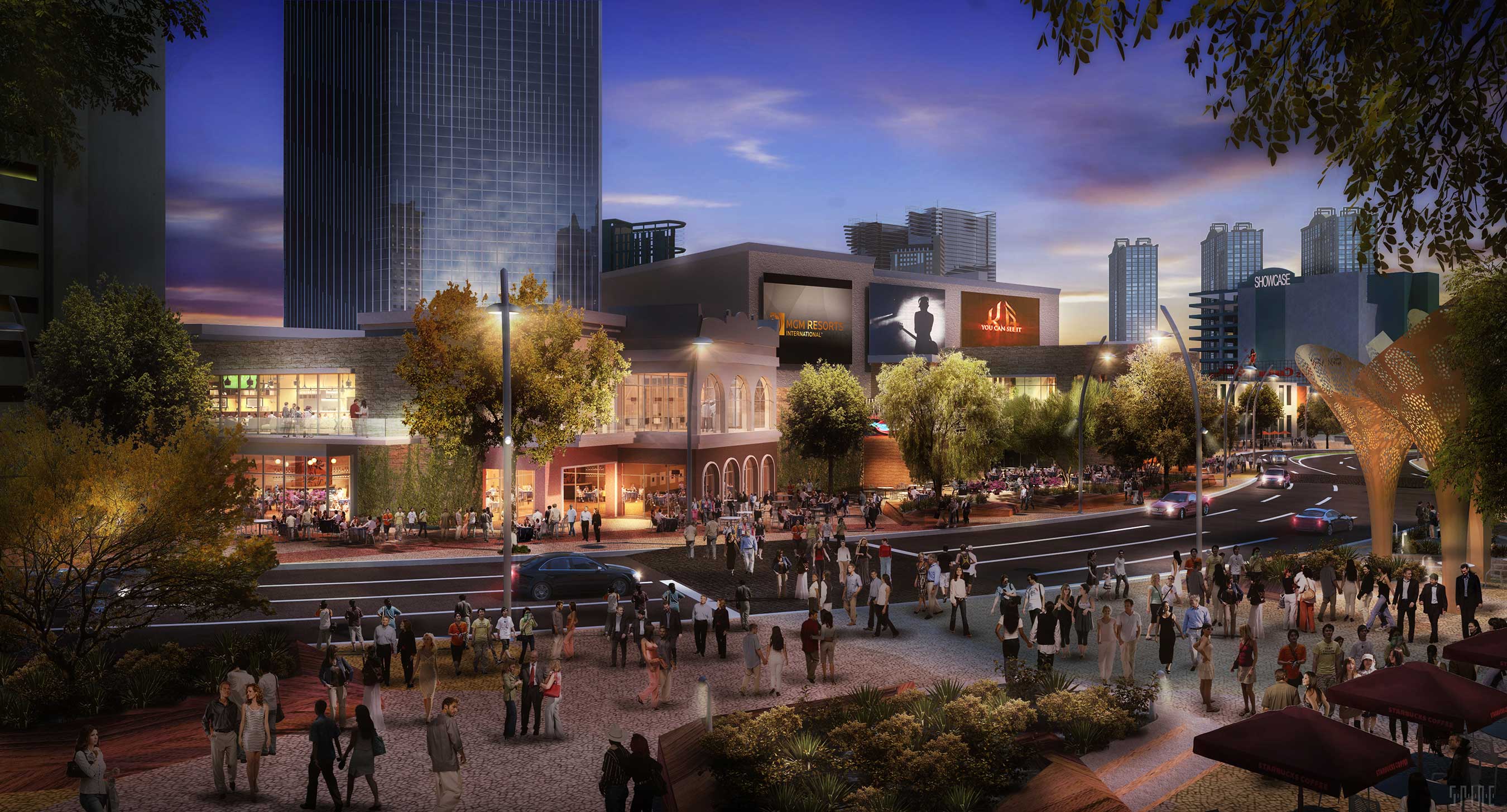 First up, Bruxie, the Orange County sandwich shop that uses Belgian waffles as the bread. Here expect to find sweet and savory versions of the Bruxie.

Next, Sake Rok, which not only promises sushi and private label sakes but a "part culinary, part performance … inspired by Japan's vibrant pop culture and fashion movements." Apparently the servers here break into line dances periodically and a man dressed in geisha attire emcees it. That means this place will be open late.

Also on the docket, a beer garden with the catchy name — Beer Garden. Bocce ball, darts and outdoor pingpong join a craft beer list and "sustainably raised farm-to-table meats." In the midst of this setting, expect to find an "open roasting area."

For those who don't drink beer, there's always the Robert Mondavi Jr. Wine Experience. More than 100 wines will be on hand by the glass, in flights, poured from carafes and more. The vibe here will be more Napa Valley. An open-format kitchen will cook up "gourmet wine country cuisine."

Scottsdale, Ariz.-based Dierks Bentley's Whiskey Row brings, you guessed it, whiskey. Country star Dierks Bentley is behind this concept that promises "American gastropub fare, plenty of brews on tap, a specialty menu of "Boilermakers" — a shot of whiskey (from a menu featuring more than 40 options) dropped into a glass of beer — and live music by night."

Earlier this month, New York-New York announced that Tom's Urban was taking over The Sporting House space. Shake Shack will sit to the right of that, leading into The Park.

Already the Monte Carlo has revamped the front of its facade with The Boulevard, which is now home to Double Barrel Roadhouse, 800 Degrees Neapolitan Pizzeria, Yusho and the coming Sambalatte and BLVD Creamery, which should open this week.
· Your First 2014 Update on MGM's Park, Arena and Big Additions [~ELV~]
· All Coverage of The Park [~ELV~]