Share All sharing options for: O Face Doughnuts Coming Sooner Than You Think

O Face Doughnuts say they should be up and running by the end of April, despite being surrounded by a busy construction scene at the former John E. Carson Hotel. First revealed by Eater Vegas back in September 2013, the vegan friendly doughnut shop will lead off the transformation of the former 6th Street flophouse into a multi-tenant destination.

Combined with their vegan dough will be "house made selections of jams and sauces" from pastry chef and general manager, Crystal Whitford. With a Synesso espresso machine at hand, the team have elected to use Seattle's Caffe Vita coffee behind the counter. 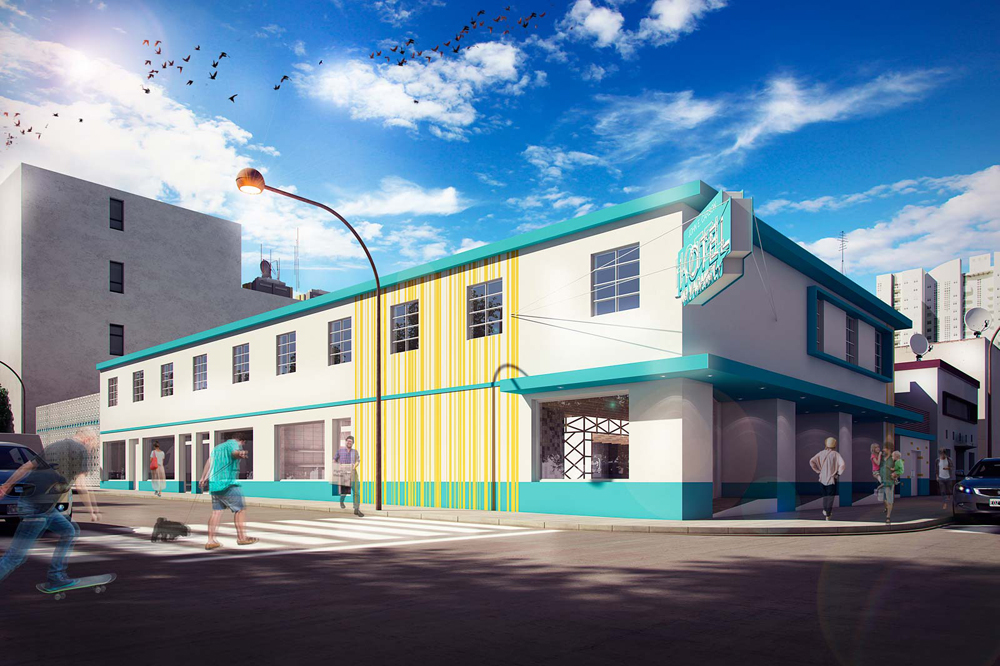 Test dishes so far have included a banana cake doughnut with Nutella glaze and toasted hazelnuts, a bacon apple fritter and a carrot cake doughnut with ginger cream cheese glaze. Tentative hours posted on the company Facebook page are listed as Monday to Friday from 7 a.m. to 5 p.m. and on weekends from 9 a.m. to 4 p.m.