Le Café Ile St. Louis at Paris Las Vegas is about to become more cosmopolitan. Just as soon as they finished a recent remodel of the cafe comes word of a new and surprising addition to the area.

HIG Management, the force behind the forthcoming F.A.M.E. at The Linq and the food courts at the Hawaiian Marketplace and Neonopolis, will be attaching their Yong Kang Street restaurant concept to the café. The name is derived from Taiwan's famed Yongkang Street and neighboring district in the city of Taipei, admired for its long stretch of specialty restaurants, cafes, local delicacies and worldwide influenced flavors. While the Taipei influence is clear, current paperwork for this project chooses to split the original Yongkang name into two words. 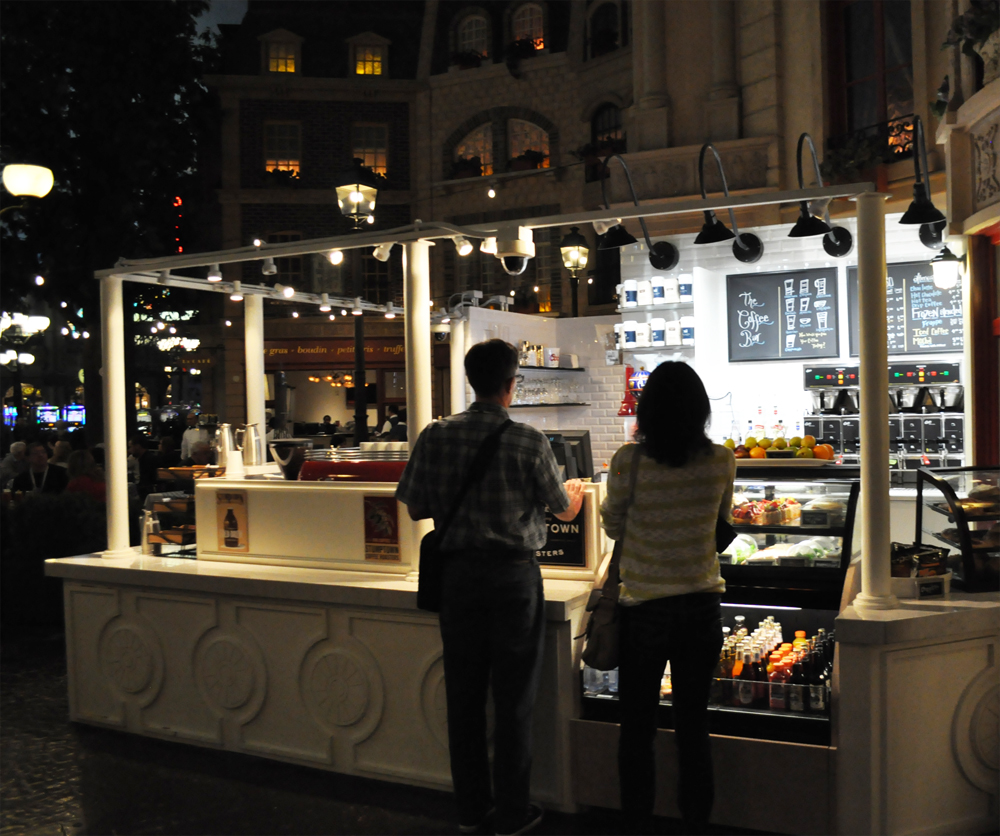 An estimated $525,000 has been allocated for construction on the 2,770-square-foot Yong Kang space, planned to somehow fit into this French-themed casual restaurant footprint. The Le Café Ile St. Louis recently completed a sprucing up of their main entrance and added a popular, casino-facing grab and go Coffee Bar serving espresso cappuccino, pastries and fruit.

The curiosity of a prominent Asian dining option within this highly French-themed area of the casino makes sense within the Caesars Entertainment culture. Their September 2013 Securities and Exchange Commission report relayed "recent initiatives continue to focus on growing high-end Asian customer visitation" at Paris Las Vegas, particularly the 'VVIP" sector of visitors from Asia, defined as "guests with a theoretical daily loss between $10,000 and $74,999."

Still on the agenda for the resort, the long, long-awaited start of construction of the Martorano's Italian restaurant from chef Steve Martorano taking over the current and open Le Provençal dining spot serving French meets Italian dishes. Martorano's was once scheduled to debut this spring, but no physical work has begun on the swicheroo.
· All Coverage of Paris Las Vegas [~ELV~]
· All Coverage of Steve Martorano [~ELV~]