SNHD Shuts Down China A Go Go with 46 Demerits

Share All sharing options for: SNHD Shuts Down China A Go Go with 46 Demerits

China A Go Go II at 2591 Anthem Village Drive in Henderson was shut down by the Southern Nevada Health District on March 31 after inspectors found 46 demerits during a routine inspection.

Inspectors found no hot and cold running water from an approved source, spoiled food, ineffective pest control measures and much more during the visit.

Previous inspections dating back to 2009 reveal mostly A grades with two B grades and one C grade in 2009. 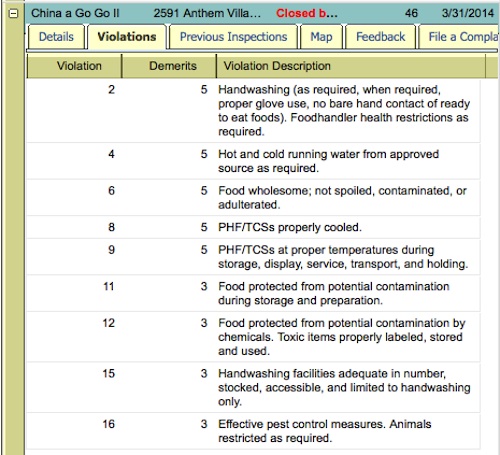