Share All sharing options for: Pho Little Saigon Shut Down with an Imminent Health Hazard, 61 Demerits

Pho Little Saigon at 3775 Spring Mountain Road was shut down on April 3 by the Southern Nevada Health District with not only 61 demerits but an imminent health hazard.

SNHD inspectors found a pest infestation, calling for the immediate closure of the restaurant. Other demerits, the highest number so far this year, included spoiled food, a lack of proper hand washing, food unprotected from contamination and more.

Previous inspections dating back to 2006 reveal four other shutdowns by SNHD with the last in June 2012. A July 2011 inspection found 63 demerits.

The Southern Nevada Health District routinely shuts down restaurants that receive more than 40 demerits. Restaurants have the option of requesting a re-inspection before the next scheduled inspection. 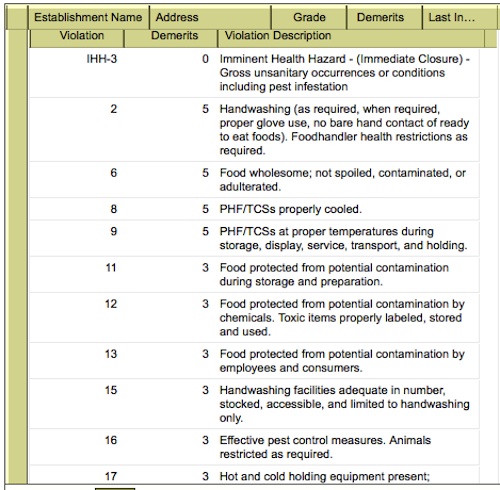