Delano Has Two More Restaurants and a Lounge Coming

Share All sharing options for: Delano Has Two More Restaurants and a Lounge Coming

The Delano's big announcement yesterday that Alain Ducasse's miX will turn into Rivea by the end of the year wasn't the only news coming out of the resort taking over THEhotel at Mandalay Bay. Two new dining options and a lounge are coming to the resort as well. 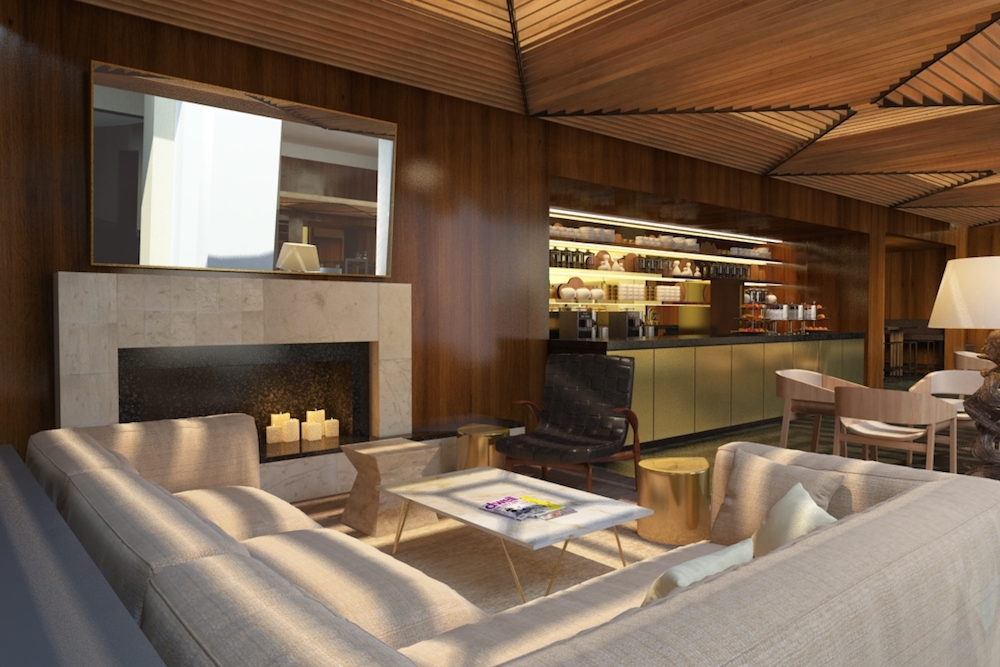 First up, 3940 Coffee + Tea, going in right off the lobby. Here expect to find gourmet coffee and tea from Grand Avenue Specialty Coffee. Fresh squeezed juices and breakfast pastries such as warm scones, savory and sweet crepes and a version of cronuts will make an appearance in the morning, while a tea cart with petite pastries and finger sandwiches highlights the afternoon. The coffee shop gets its name from the new address for Delano, 3940 Las Vegas Blvd. S.

By night, 3940 will serve up craft cocktails, wine and beer as well as small plates featuring organic, sustainable and locally sourced ingredients. Look for mid-century modern furniture, plush sofas, communal seating and a marble fireplace. Like much of the renovated Delano, the ceiling takes its inspiration from the desert with a lighting feature that illuminates the space with a patterned glow.

Also on tap, a new yet-unnamed restaurant that will focus on sustainable and local ingredients serving breakfast and lunch only. Regional cheeses and grass-fed beef were just some of the highlights mentioned by chef Susan Wolf, who said a garden on the property will supply many of the vegetables. Healthy dishes under 700 calories are among the highlights of this lobby restaurant.

Delano also plans to bring Franklin, a lounge with nightly entertainment. Here look for craft cocktails and small plates such as flatbreads, cheeses and charcuterie plates. Outfitted with gold lighting accents, deep shades of blue and bronze hues, do be sure to look up at the ceiling, where the lights will create the illusion of fireflies in the evening sky.

While Rivea will probably open by New Year's Eve, 3940 Coffee + Tea, Franklin and the lobby restaurant will debut Sept. 1.
· Alain Ducasse To Spin miX into Rivea at the Delano [~ELV~]