Giada Has a New Opening Date for Her First Restaurant

Share All sharing options for: Giada Has a New Opening Date for Her First Restaurant

Now pint-sized Food Network star Giada De Laurentiis has a new opening date for her first restaurant, going into the second floor at The Cromwell. You can now book reservations for Giada starting at 7:30 p.m. June 3 on OpenTable.

The Las Vegas Sun reports that previews kick off on May 28. 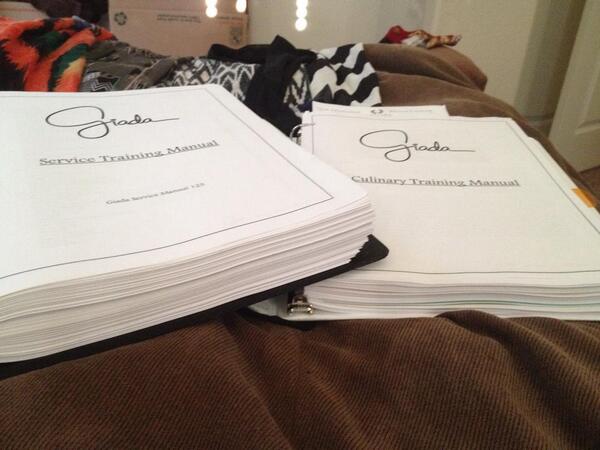 Apparently the restaurant and kitchen "will be identical in quality and cost to the prestigious three-star Restaurant Guy Savoy at Caesars Palace." Lofty expectations. Keep in mind, this three-meal restaurant is the only place to dine at The Cromwell, a boutique hotel that will be anchored by Drai's beach club, nightclub and after-hours by Memorial Day weekend.

Staff there is steadily going through a 600-page training manual for service and the kitchen.