Chris Keating Goes Off-Strip On Nights Off from Border Grill

Share All sharing options for: Chris Keating Goes Off-Strip On Nights Off from Border Grill 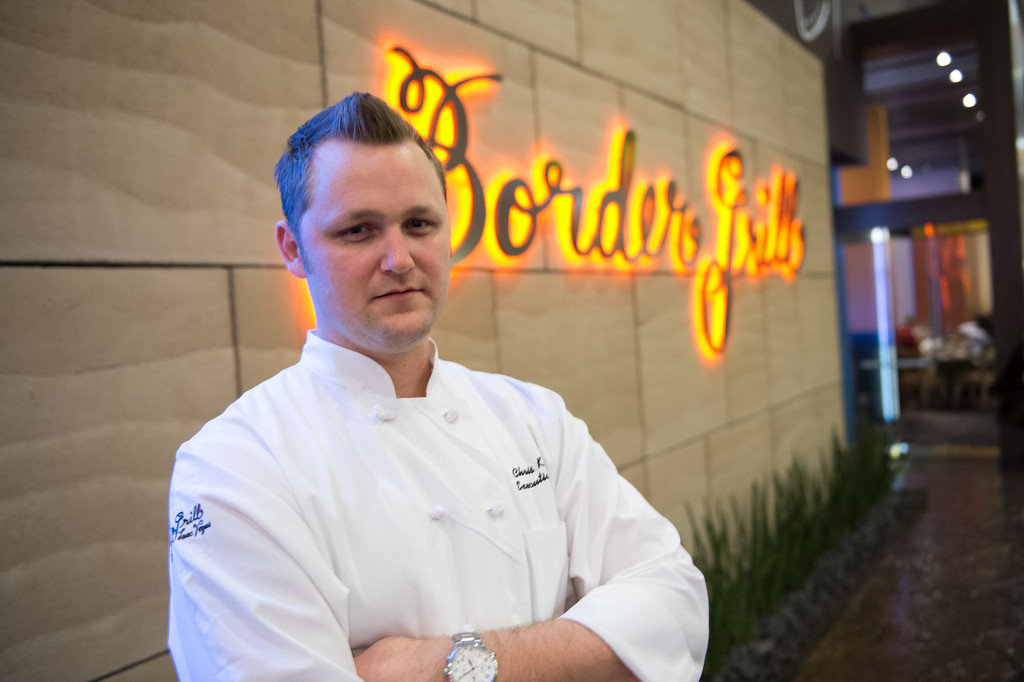 Like many chefs, Chris Keating got his start as a dishwasher at age 15, which led him to culinary school at Johnson & Wales University. He went on to become the executive sous chef at Marisol Bistro in Greensboro, N.C., then returned to Bert's Seafood Grill, where he had started his career. From there he worked at Revival Grill as the executive chef for three years before heading to the Sheraton Four Seasons in Greensboro as executive chef. He moved to Las Vegas to be the chef de cuisine at Caesars Palace. His success there led to Bobby Flay's Mesa Grill, where he became the executive chef at Mesa Grill at the Atlantis Hotel in the Bahamas. Now he's the executive chef at Border Grill at Mandalay Bay. Here, he shares three of his favorite restaurants in Las Vegas, all off the Strip.

Which Vegas restaurants do you turn to when you're not working at Border Grill?
1. Lotus of Siam (probably my favorite Vegas restaurant period)
2. Bachi Burger
3. Due Forni

What dishes are most memorable?
1. Khao Soi with quail. The quail is seared with a little star anise and brushed with a little chili paste. It pairs perfectly with the egg noodles and pickled veggies. Add a little squeeze of lime and it is the perfect dish.

2. Kiki's Burger. I'm a huge burger fan and this is the best one in town. I love the mix of shiitake, enoki and eryngii mushrooms and then add on the saltily sweet combo of the caramelized bacon and sweet onion jam. Then top it off with tangy gruyere cheese and chili aioli. You get a beautifully balanced quality dish in between a great homemade bun. It's heaven for burger lovers!

3. Any pizza. The two different types of crust, from the two different ovens and baking times, gives you a great contrast in style. Added on are fresh seasonal ingredients, which is very well done. I love the duck confit pizza with fresh spinach and an egg!

Why do you enjoy going there?
1. I go out of my way to get to Lotus of Siam for the food. All of the food here is some of the best in Vegas. I would put Saipin Chutima's cooking up against any other chef on the Strip. And it doesn't hurt that she is also an incredibly nice person.

2. Burgers! I love a good hamburger and these guys do it right. I love the cool flavor combinations and how they bring top level cooking to elevate the common burger, it's a perfect combination for me.

3. This place is within walking distance from my house. I love taking my son to the park right across the street and then walking over for a slice of pizza.  It's all about the crust, and they have some of the best. I'm lucky to have them so close to home.

Anything else?
I also love to scour Vegas for the best barbecue to remind me a little of home in North Carolina. I have found a couple good ones but nothing great yet.  I am continuing my search for the best Vegas barbecue.
· All Coverage of Border Grill [~ELV~]
· All Dining Confidentials [~ELV~]