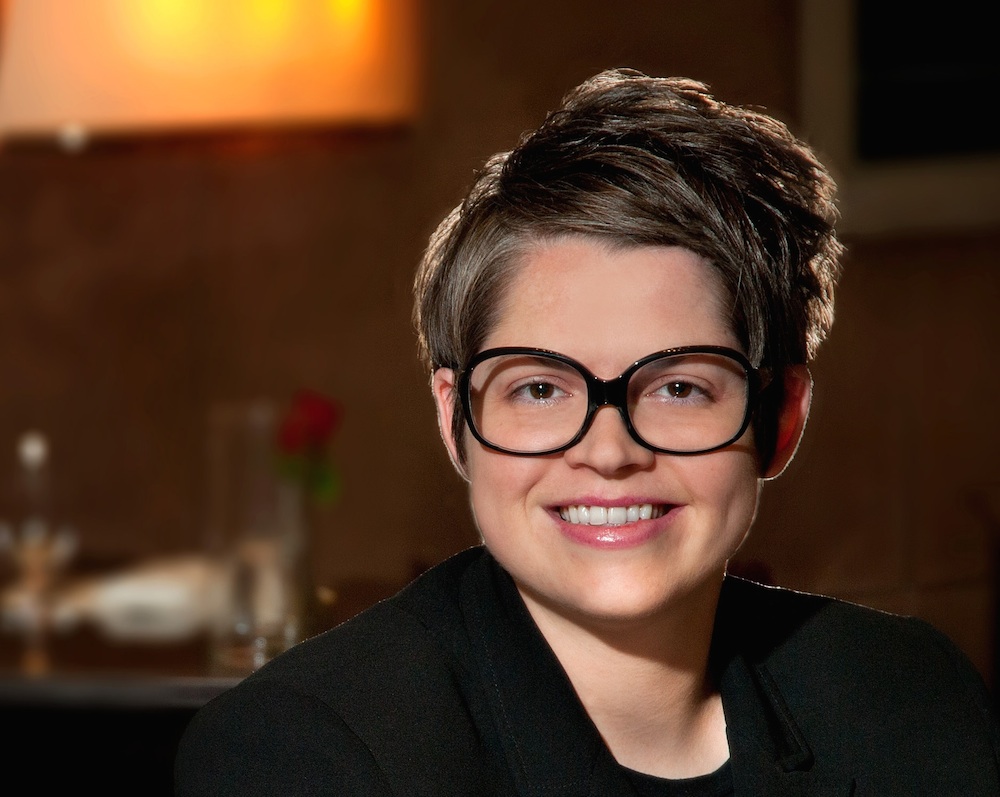 Sarah Johnson is Mandalay Bay's resident beer expert and holds the title of Certified Cicerone. The director of food and beverage at the resort was the first woman in Nevada who earned that distinction. Tonight she'll put her knowledge to the limits when she takes on Mandalay Bay's director of wine Harley Carbery at a dinner pitting beer against wine at Mix at 7:30 p.m.

Johnson's love for beer began while attending the Western Culinary Institute in Portland, Ore., where she began to develop an in depth knowledge of beer in a city. In 2005, she became chef de partie in the chocolate kitchen of Wynn Las Vegas before moving to Mix restaurant at Mandalay Bay, where she began to gain experience in culinary administration. Johnson later earned a promotion to director of food and beverage for Mandalay Bay studied for the Certified Cicerone exam.

Here, she talks about some of her favorite places to grab a beer after work and talks smack about the event tonight.

Which places do you turn to for beer when you're not working?
Atomic Liquors, Khoury's Fine Wine and Sage at Aria.

What beers are most memorable?
Atomic Liquors — Always good for a local option on draft. Ask about a current seasonal from Big Dog's, Tenaya Creek or Joseph James. And if you make nice with your bartender you might find yourself privy to the stash of amazing sours.

Khoury's Fine Wine — Whatever gets tapped on Wednesdays.

Why do you enjoy going there?
Atomic Liquors — Really fun vibe and retro Vegas charm. While there are a loyal core of regulars, the crowd can be radically different on any given night. Make some friends!

Khoury's Fine Wine — I am almost always working when owner Issa hosts tapping events on Wednesdays, but I keep it on my calendar and make it when I can. You will find something special pouring there, and often the brewers that made it too! Grab bottles from the retail section to share with the other beer lovers who are often willing to share their bottles right back. A cornerstone of our local beer community.

Sage at Aria — My favorite spot in town to relax with a few beers and eat stellar food. Sit at the tall table in the bar, watch the staff make gorgeous cocktails, always order oysters and the seasonally-driven chef specials. And, of course, drink the beer! You won't be disappointed.

Want to talk smack about tonight?
Vegas is known for exceptional fine dining, wine and spirits and it is time for beer to join the party. Those who evangelize about beer often speak to the great variety of styles and flavors — far more than in the wine world. Due to this variety there is a beer for every occasion and this variety makes beer a far more versatile and friendly companion to food. While these points are true what I REALLY love about beer is that thousands of passionate farmers, maltsters, brewers, scientists, engineers, production crews and cellarmasters are putting their talent, time and love into a bottle that I have the honor of serving and drinking. It also takes a great many lovely people to make wine, but there can be much more complexity involved in producing beer. It is amazing what the beer community accomplishes in filling our glasses; all with a generous, joyful spirit - and most importantly — lots of FUN!  And in this joyful and generous spirit, I will be the first to buy #teamwine a beer after #teambeer's EPIC VICTORY!
· All Coverage of Sarah Johnson [~ELV~]
· All Dining Confidentials [~ELV~]