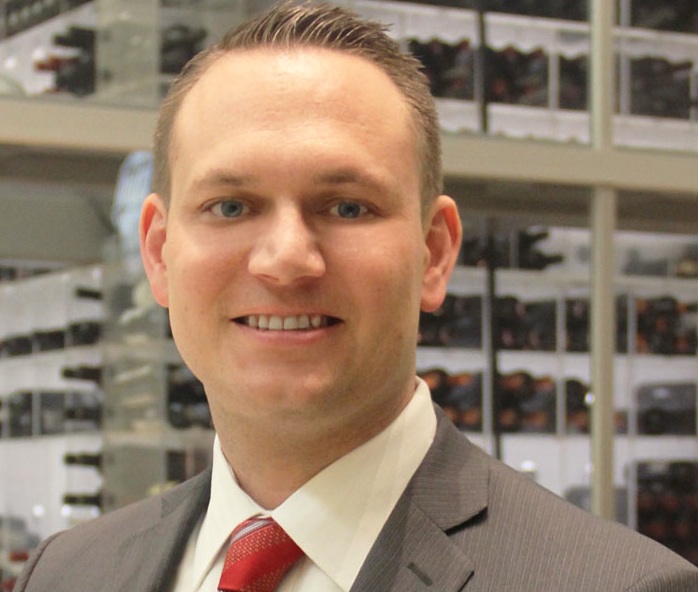 Harley Carbery oversees 150,000 bottles, 4,000 labels and team of nine sommeliers in his job as director of wine for Mandalay Bay. Tonight he'll put his knowledge to the limits when he takes on Mandalay Bay's director of food and beverage and certified cicerone Sarah Johnson at a dinner pitting beer against wine at Mix at 7:30 p.m.

Carbery's career started at his family's Dairy Queen in Canada, where his passion for dipping cones led to the Fairmont Algonquin, where he was a banquet supervisor responsible for overseeing events for more than 800 attendees and managing more than 50 employees. At the Fairmont Tremblant, he worked as a cook specializing in French cuisine while pursuing a degree in hotel and restaurant management at Camosun College in Victoria, British Columbia. But it was a job as the general manager of the Fairmont Chateau Whistler, where he discovered his love of wine. The Wine Room there earned AAA Four Diamond status for three consecutive years as well as Wine Spectator's Best of Award of Excellence. While in Whistler, Carbery also earned a sommelier diploma from the International Sommelier Guild.

Carbery came to Las Vegas in 2007 as food and beverage manager at the Ritz-Carlton Lake Las Vegas and the next year, he joined the team at Joël Robuchon's restaurants at the MGM Grand. He began as assistant general manager and sommelier at L'Atelier de Joël Robuchon and, within just one year, was promoted to wine director for Joël Robuchon and L'Atelier, where he managed wine lists consisting of more than 1,900 and 600 items. The wine lists at both restaurants earned the elite Wine Spectator Grand Award and Best of Award from 2009 to 2012.

Here he talks about three of his favorite places to dine with wine in Las Vegas, plus talks some smack about the showdown tonight at Mix.

Which restaurants do you turn to for wine when you're not working?
L'Atelier de Joel Robuchon. I have a bit of a soft spot for this place. It has one of the best French wine selections in Las Vegas.

Raku (My favorite spot in town!) — small wine selection with a few gems and a great sake list.

Kusshi oysters at Sage, freshly shucked with Tobasco sorbet and tequila mignonette. They remind me of home as they, like me are from Vancouver Island, British Columbia, Canada. Great with a glass of Champagne.

Sawagani Crabs at Rake, fried Japanese fresh water crabs, served whole, like crab popcorn. Always great when they have them. A nice glass of Riesling or sake goes great with these little critters.

Why do you enjoy going there?
L'Atelier has a great atmosphere, the food is the best in town and the staff is amazing and they have a wonderful wine list. Ask for the list from the more formal Joel Robuchon Restaurant next door for a more extensive selection. Did I mention I have a bit of a soft spot for this place?

At Sage, I love sitting at the bar, having a nice glass of wine (they have a great wine selection) and a few bites from the menu. It is always consistent.

At Raku, there's always something different on the chalkboard menu, fresh fish etc…, too many favorites to mention. Chef Endo Mitsuo is also great! I love sitting at the small counter and seeing it all happen.

Any smack talk for Sarah Johnson?
As we all know Las Vegas is a Mecca of drinking and dining, we can claim some of the best restaurants in the country with some of the most extensive, thoughtfully created wine programs anywhere! The above restaurants, dishes and wines are just a few of my favorites. We are lucky here in Las Vegas to have something new and exciting opening up almost monthly, just down the street. I look forward to trying that next new favorite spot and enjoying a great glass of wine! I am sure a glass, or two, of Champagne will be in order after this dinner….after #teamwine wins!
· All Coverage of Harley Carbery [~ELV~]
· All Dining Confidentials [~ELV~]