Another Day, Another New Bar for Fremont East

Share All sharing options for: Another Day, Another New Bar for Fremont East

Just what you were missing. Despite Downtown passing the saturation point of new taverns, another new one is heading over the horizon. The City Center Motel is proposing to create a 6,000-square-foot bar with 200 square feet of outdoor seating somewhere within its motel footprint and directly across Fremont Street from the Container Park. The square-footage is approximately the same as the Commonwealth bar, one block west.

Independently owned since 2005, Tony Hsieh's Downtown Project does not currently have their name attached to this property or concept, but during the project-backed Life Is Beautiful Festival in 2014, the motel parking lot was used as the locals stage for live performances. 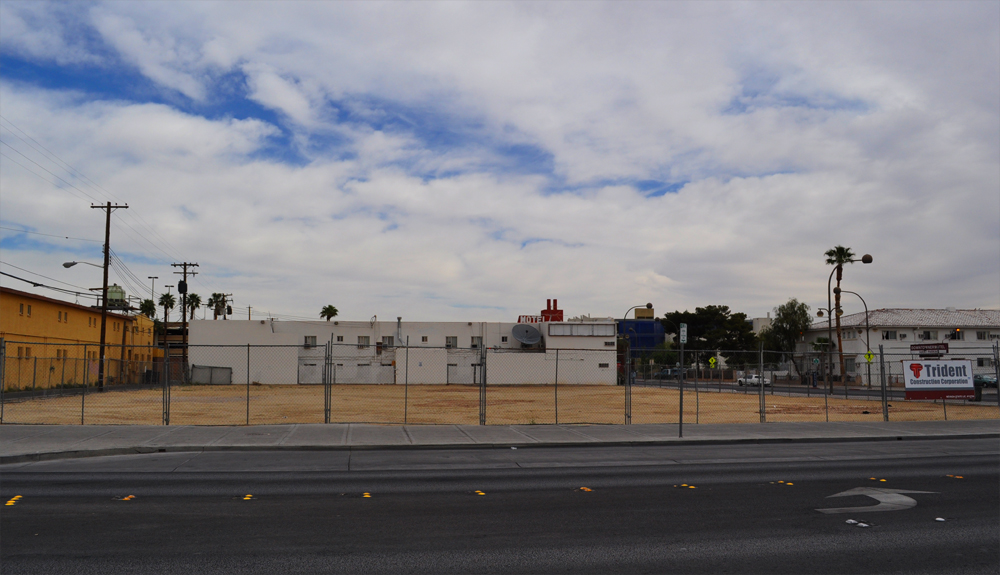 With the permit process stretching into July and August, chances of the motel tavern being ready for the 2015 Life is Beautiful Festival seem doubtful. No further information is available at this point.

And right next door to the motel is the future Venue Of Vegas, the 43,000-square-foot bar, music and entertainment venue and maybe pizza joint, still slowly moving toward breaking ground. They recently filed new paperwork with the city. The proposed late 2014 arrival of the elaborate two-story structure now seems impossible.
· All Coverage of Downtown [~ELV~]