Share All sharing options for: Kieran Toivonen on His Three Favorite Vegas Restaurants 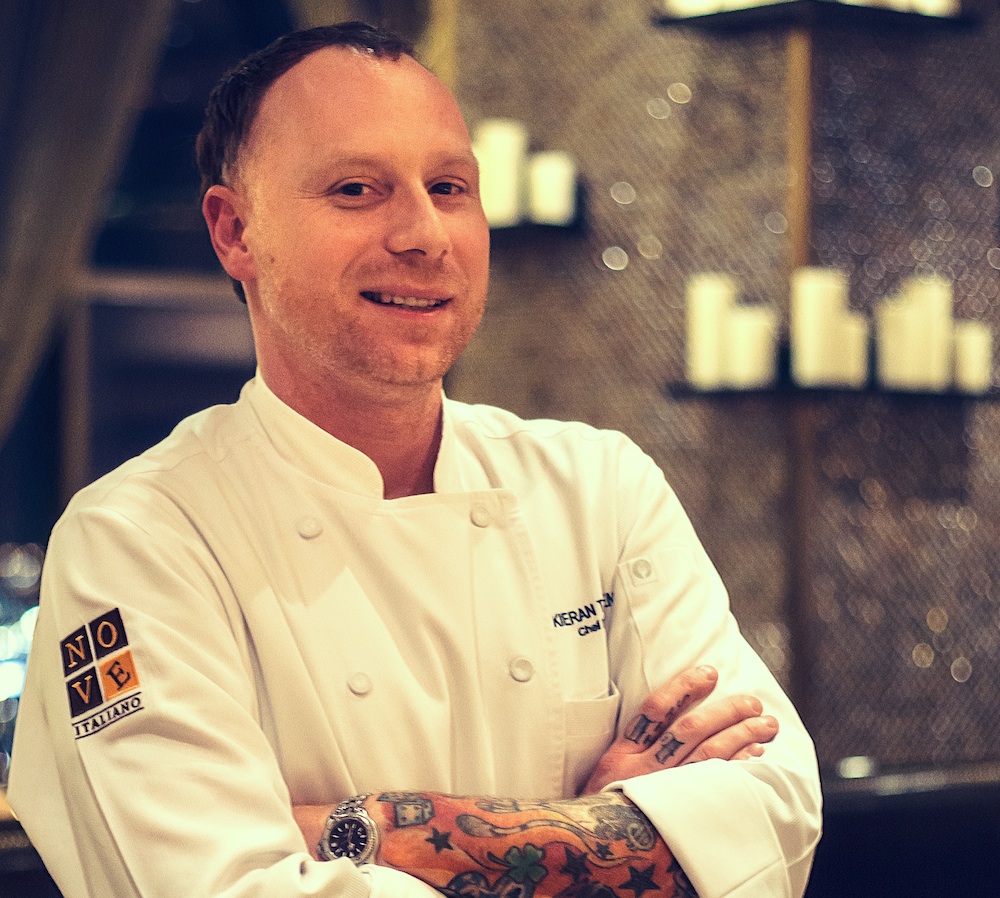 Kieran Toivonen grew up in Cape Cod, Mass., where his first job in the food and beverage industry had him working as a busser and dishwasher. After high school, Toivonen moved to San Francisco to work as a saucier chef with Plumpjack Group for two years. In 2001, Toivonen moved back to New York where he worked as a line cook at Food Network personality Geoffrey Zakarian's restaurants including The River Café, Café des Artiste and Aretsky's Patroon. Toivonen stayed with the company for eight years, working his way up to chef de cuisine, before moving to Las Vegas and joining the team at Nove Italiano at the Palms in 2009. Now he's the chef de cucina there. Next week, he kicks off a guest chef series with former Valentino chef Luciano Pellegrini. Here Toivonen shares three of his favorite restaurants in Vegas.

Which restaurants do you turn to when you're not working?
Herbs & Rye, Ping Pang Pong and Fish N Bowl.

What dishes are most memorable?
Herbs & Rye: Spicy mussels served with white wine and stewed tomatoes and it has nice kick from the chili flake. The carpaccio, slices of filet blend nicely with the arugula, truffle and the cherry pepper aioli. The happy hour is great for industry people, I especially like going there after work and ordering a steak. It has an old school, classic feel and I'm always trying one of the many different cocktails.

Ping Pang Pong: Cantonese roast duck. Very rich with a nice hint of five spice. Pot Stickers, they have this delicious flaky crust that's different then your usual overly fried pot stickers. No matter which entrees I'm getting, I always get the the Wrinkled string beans. They have a great char and finished with a little Thai basil.Fresh food that is reasonably priced. Great casual place to pick up a quick bite. Awesome selection to choose from.

Fish N Bowl: The uni trio is fun and delicious. It is a dumpling, a hand roll and a spoon of uni finished with ponzu and a little wasabi. The hamachi collar is massive, a grilled char makes a nice contrast to the fatty yellowtail's clean taste. The wild and sexy roll, spicy tuna rolled in Ahi and topped with Albacore it has a Sriracha pop to it.

Anything you want to add?
In Vegas, we're very lucky to be in good company with other incredible restaurants and some of the best chefs in the business. At Nove Italiano we're always challenging ourselves to stay creative with our dishes, and I'm especially excited for the opportunity to partner with the amazingly talented chef Luciano Pellegrini, for the kick off of the Nove Italiano guest series on June 5. Chef Pellegrini and I have created a special four-course dinner experience that we're both proud of and very excited to share. Anyone interested in attending can make a reservation at palms.com.
· All Coverage of Nove Italiano [~ELV~]
· All Dining Confidentials [~ELV~]