The Pitch for Candelabra Is as Big as Liberace Himself

Share All sharing options for: The Pitch for Candelabra Is as Big as Liberace Himself

Go big or go home, or as Liberace said, "too much of a good thing is wonderful!"

When Eater Vegas last left Carluccio's Tivoli Gardens within Liberace Plaza, we told you the former restaurant owned by Liberace himself was working its way through the permit stage with an eye to be named Roma Stage and hoping simply to offer evening dinner shows with impersonators of Frank Sinatra, Sammy Davis, Dean Martin and Barbra Streisand.

Now, an Indiegogo campaign, with a razzle dazzle to match "Mr. Showmanship" himself, gives much, much more details on the upgraded project and adds an unrelenting pitch to help lure you into a VIP world beyond your wildest dreams.

The Candelabra supper club is hoping to raise $500,000 in the next 53 days. With a restored kitchen and building infrastructure already in place, the aim is to open in September with help from this influx of crowdfund cash and allow the owners to unveil "the epitome of Liberace."

The main attraction is the showroom. There will ticketed nightly shows from 6 to 9 p.m., seven nights a week, featuring those aforementioned tribute acts, "that will carry you back to the Golden Era of Las Vegas." Coats are required for guests. 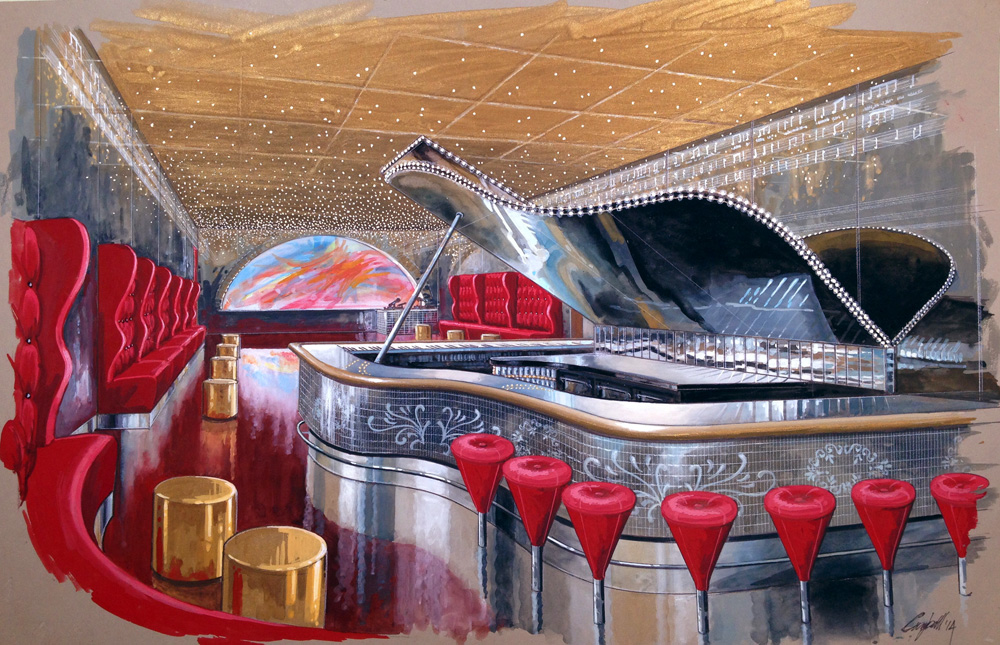 Lee's After Hours will be an exclusive club within the supper club. How exclusive? "Imagine if Ian Schragers' Studio 54 in New York City only accepted 80 people per night."

The Candelabra plans to advertise on electronic billboards on the Strip to "40 million people a year," but still only let in 80 people at a time. "How would that make you feel?" ask the owners.

This room will cater to the elite VIP's of Las Vegas, promises the publicity and provide an "ultra personal, super exclusive glimpse into the life of the super rich, connected and extravagant."

But be warned, "only the few will be allowed access, regardless of income, position, title or lineage, it is a "who's who" of the who's who in the Entire World." Lee's After Hours will also only be open three nights a week. The current plan does not mention if coats are required for guests. 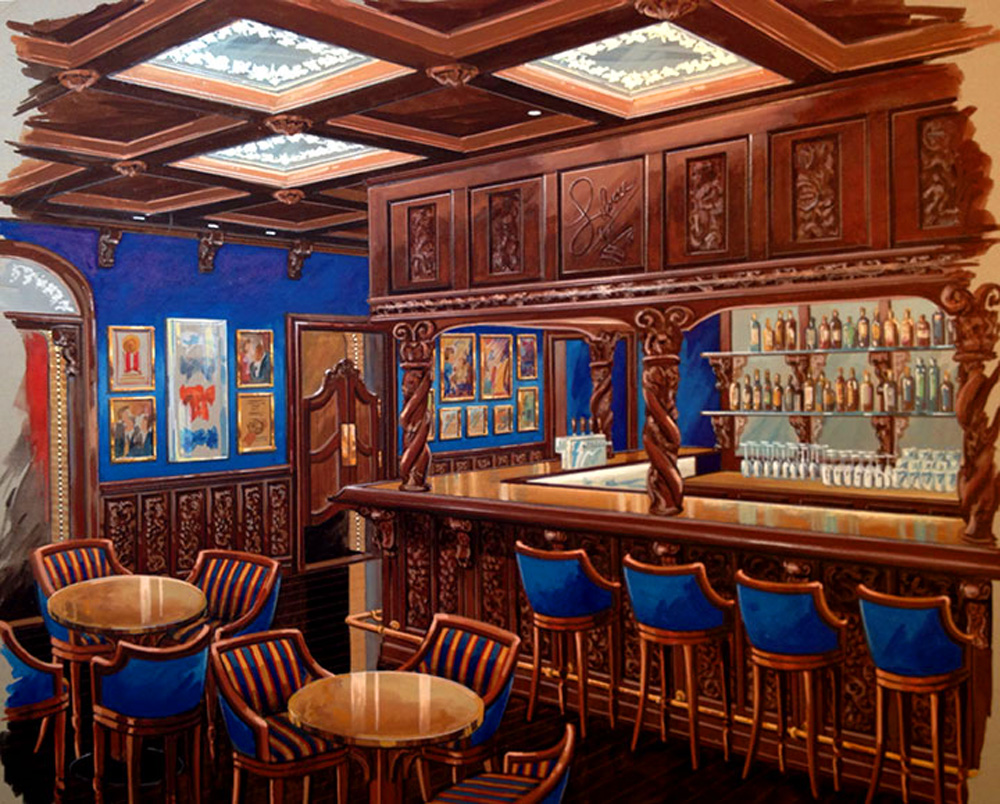 For those not on the VIP of VIP lists, the Royal Bar will happily serve you "only the finest spirits, beer, and wine available in the world. Meet the captains of industry, engage in thoughtful discussion, and relish the memorabilia adorning the walls of the Royal bar."

We're told this bar was a gift from "the Queen Mother, and the Queen of England" to Liberace himself, but the original name of The Queen's Bar has been changed for the revamp. And "coats required, & coat of arms if you have one."