For their first major entry into the Vegas Uncork'd jamboree, the Venetian played it safe, very safe with a "Night Market: East Meets West" event. Sticking to the their now very, very familiar outdoor staging on the Doge's Palace plaza, the balmy night was marred for early eager and hungry paying visitors by a clueless ticketing team, un-monitored lines to get in and lack of clarity on what to expect inside.

Guests way overpayed $140 each for a muddled evening where they quickly learned to line up for the unknown promise of something at the other end of the line. But they were drawn to peer at famed chefs in their natural habitat, a zoo-like environment not helped by costumed pandas meeting and greeting the crowd.

As Asian pop music wafted overhead, a 15-minute wait for duck bao served with just a sliver of duck by the Venetian's Zine restaurant prompted a Californian couple who had impulse bought two last-minute tickets to note, "I'd pay to get out of here right now."

The pleasant surprises of the night were chef Thomas Keller's continued charming openness to amiably chat with fans and his ability to add two tons of spice to a dish, as evidenced by his fried chicken bites wrapped in a fake Le Monde newspaper. Plus, bonus points for Daniel Boulud's bad-ass plating chops. A master class of speed and precision.

Hungry paying guests were happy the bánh mì from Mario Batali was at least available. 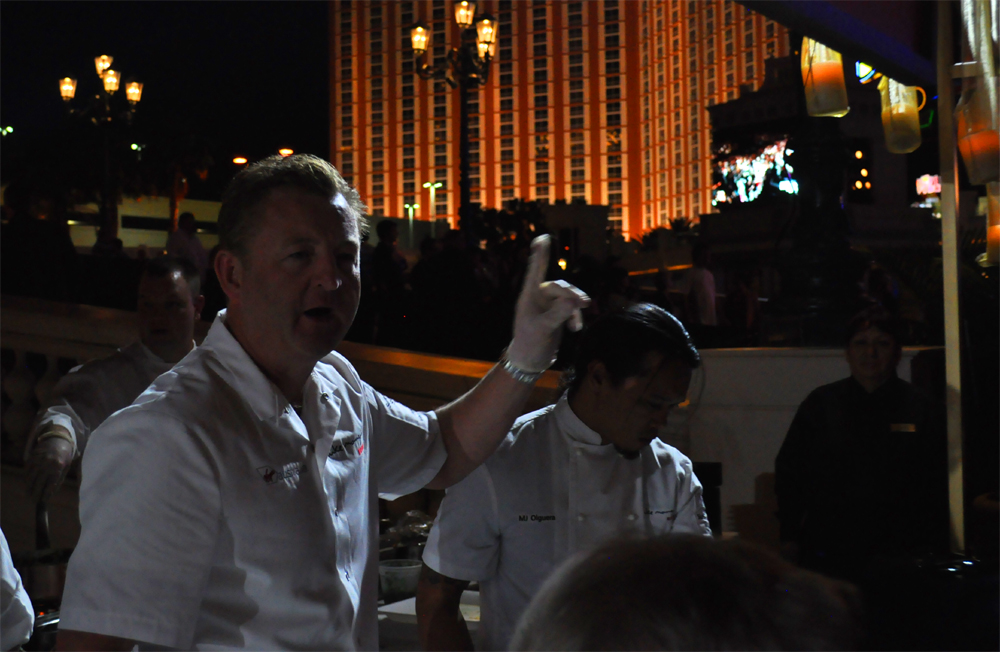 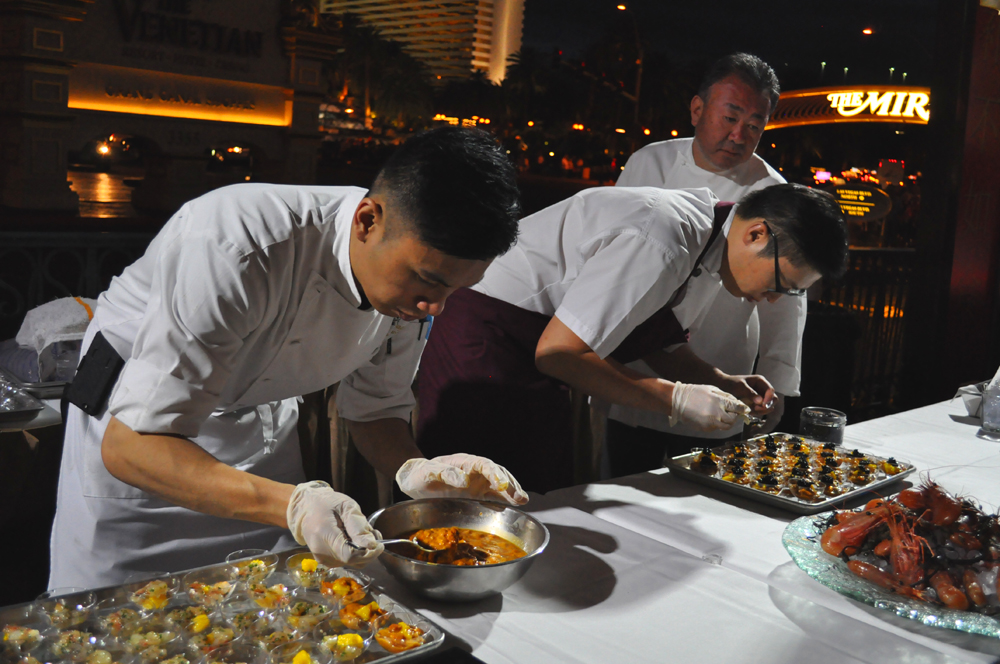 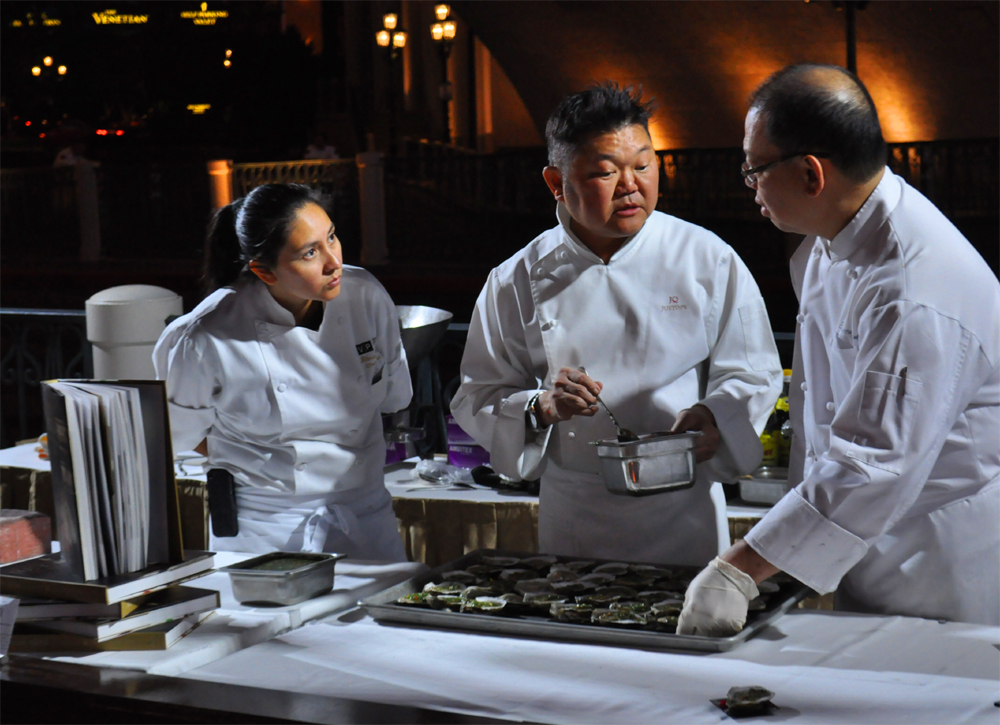 Justin Quek of Sky On 57 offers sage advice for the night ahead. 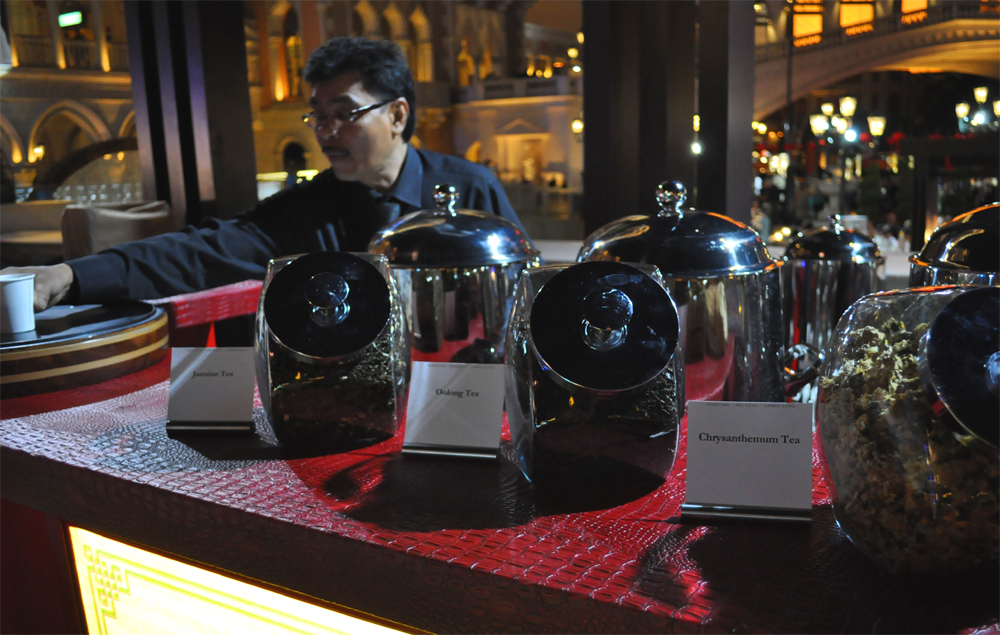 Serving tea was a novel idea. 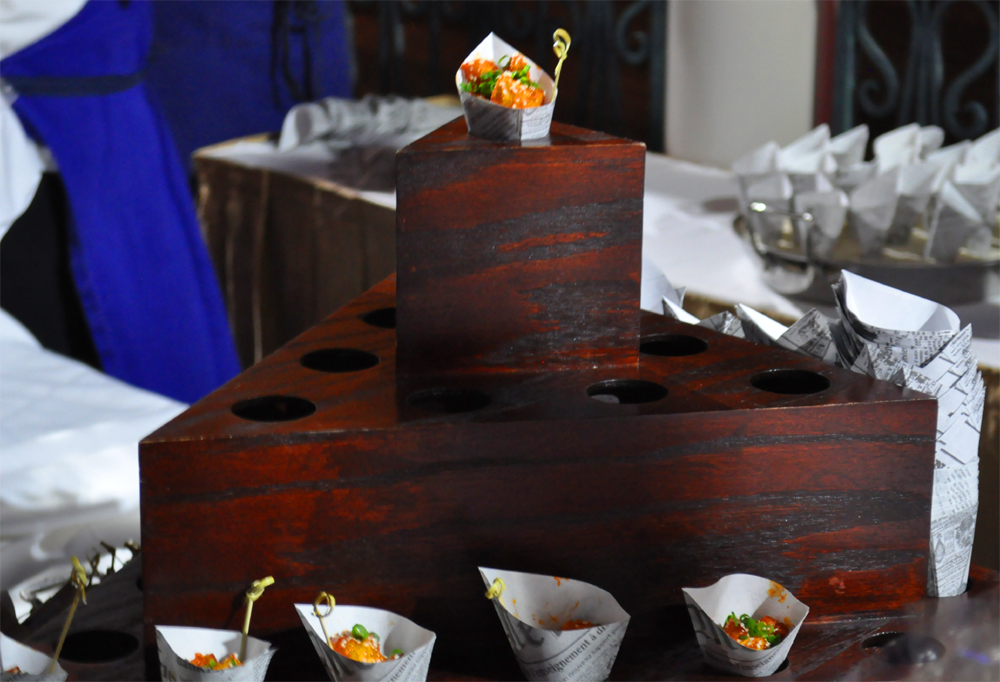 Thomas Keller brought the heat with his contribution.
· All Coverage of Vegas Uncork'd [~ELV~]