35 Chefs Lead the Saber Off to Start Vegas Uncork'd

Share All sharing options for: 35 Chefs Lead the Saber Off to Start Vegas Uncork'd

As is the tradition, Vegas Uncork'd kicked off on Thursday with 35 chefs leading the saber off. Daniel Boulud got the honor of sabering a bottle of Mionetto Prosecco at the Venetian. Flanking him, chef such as Guy Savoy, Thomas Keller, Pierre Gagnaire, Mary Sue Milliken, Guy Savoy, Julian Serrano, Michael Mina, Roy Ellamar and Shawn McClain and culinary giants Sirio Maccioni and Frank Pellegrino Jr. The chefs also hopped on a double decker bus to tour Aria, Bellagio, Caesars Palace and MGM Grand where the events unfold through Sunday. 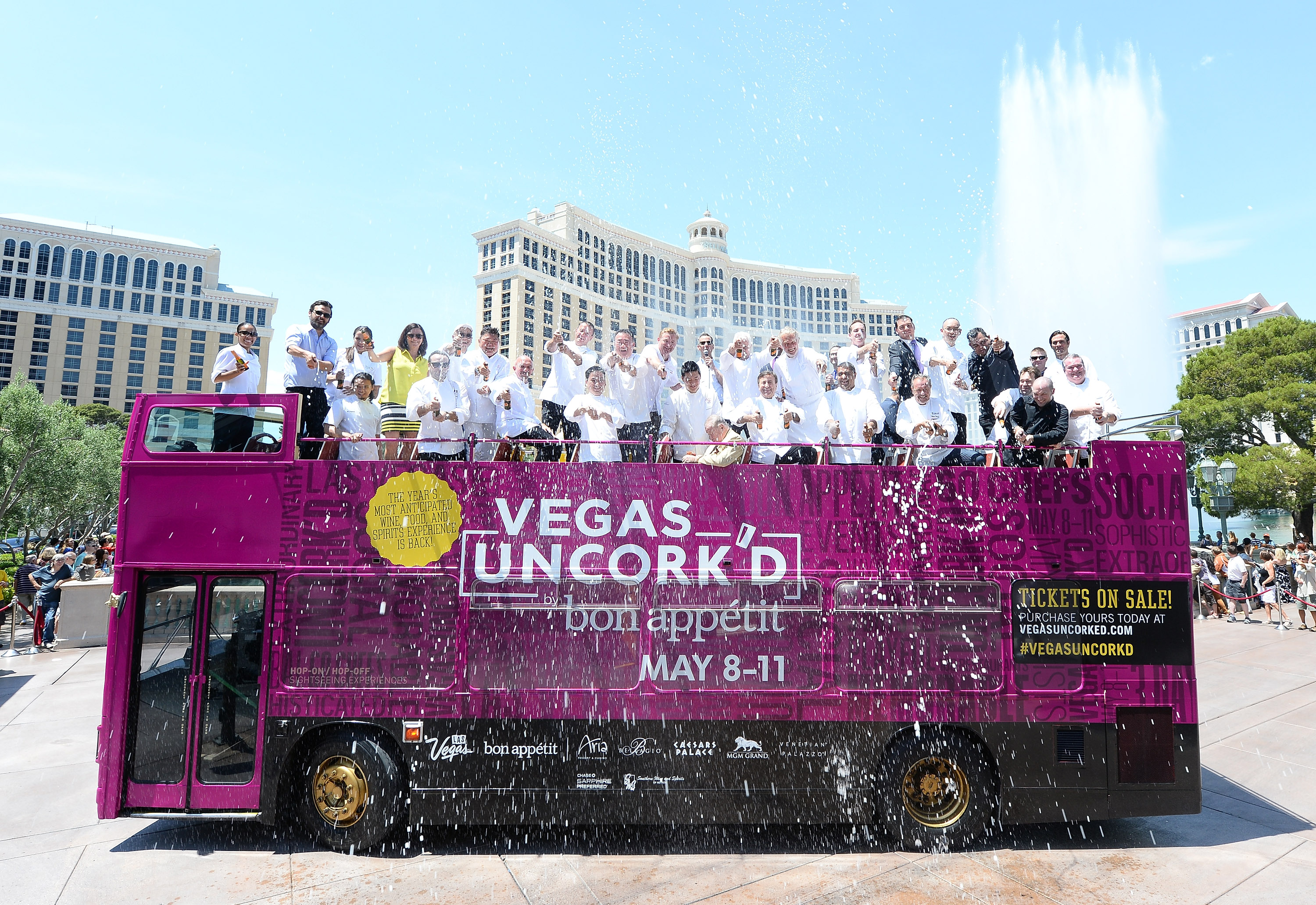 Chefs in front of the Bellagio [Photo: Isaac Brekken]

While some tickets such as Joël Robuchon's cooking and wine demo at the MGM Grand sold out within the first 90 minutes, others remain available for Michael Mina's pig roast and beer garden today and the Chefs' Counter All-Star Feast at Aria on Saturday with Jean-Georges Vongerichten, Julian Serrano and Michael Mina.
· All Coverage of Vegas Uncork'd [~ELV~]