Take a Look at the Vision for The Venue of Vegas

Share All sharing options for: Take a Look at the Vision for The Venue of Vegas

Surprising signs of life at the future site of The Venue of Vegas, the multi-function event space first proposed for East Fremont seven years ago. The foundation is being dug up and a new rendering is on display, making the project look more feasible than at any time in its long gestation.

Located just down the block from the Container Park, the 43,000-square-foot building hopes to serve tourists and locals with its dining and entertainment and also create a niche market at as a destination for bookers looking to host large catered events for charities, corporate events and weddings. 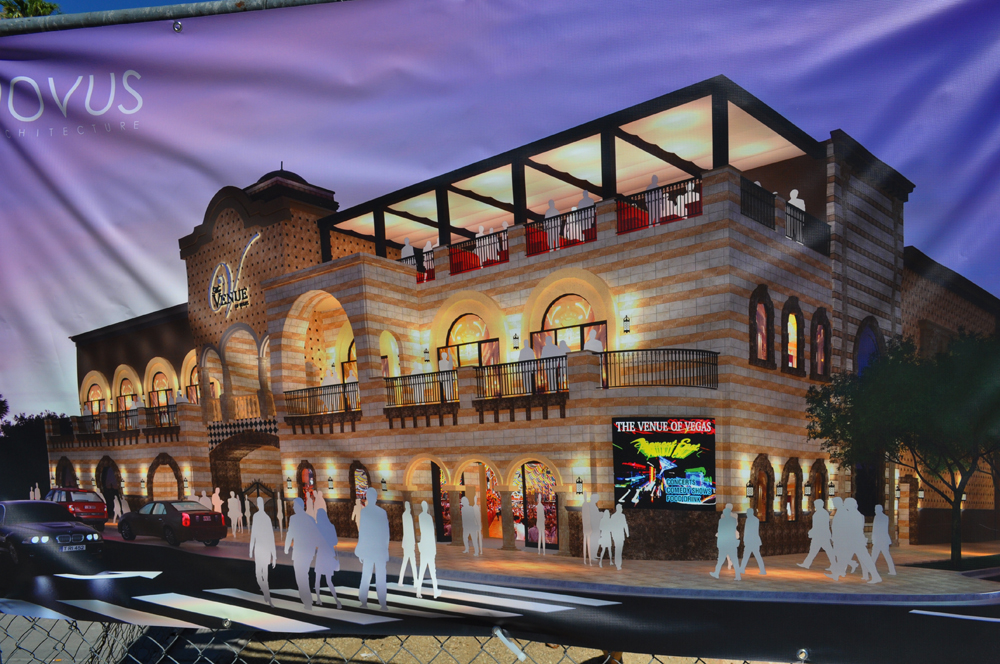 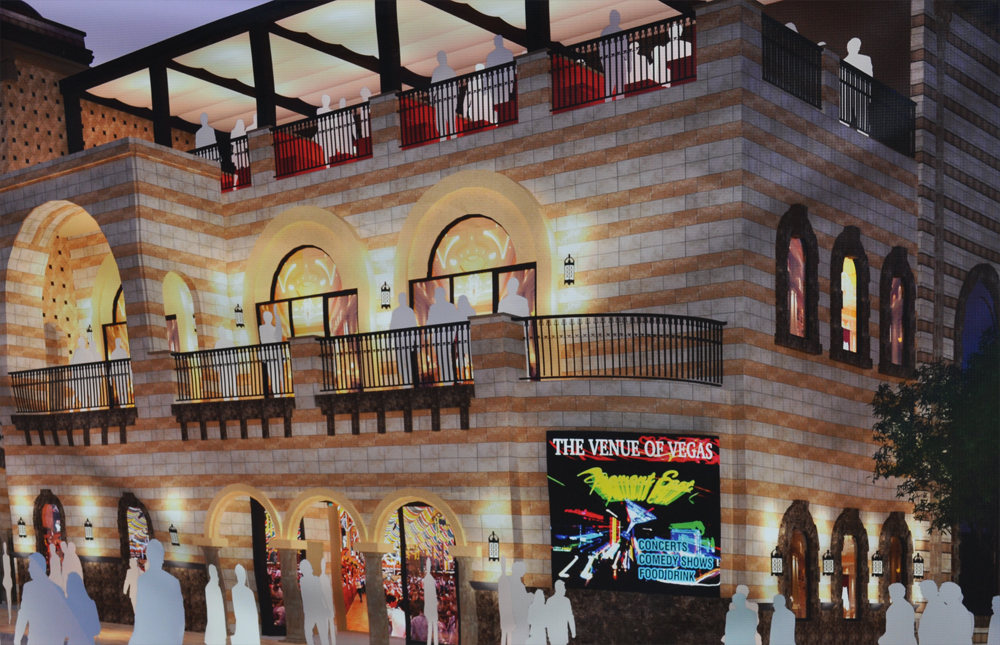 The current updated rendering from NOVUS Architecture posted outside the construction site, promotes "concerts, comedy shows, food/drink." The two balconies seen in the original renderings are still a prominent attraction.

Anaheim, Calif.-based developer Valley of the Sun Las Vegas bought this plot in 2007 for $3.9 million. The Venue of Vegas will be a sequel to a very similar and successful concept in Scottsdale, Ariz., also called The Venue, which specializes in private events.

In November 2013, a late 2014 completion date was floated, but the full scale of this ground-up construction project makes that look unlikely.
· All Coverage of Downtown [~ELV~]