Kabob 'N More at 3049 Las Vegas Blvd. S. came within one point of a shutdown by the Southern Nevada Health District after a routine inspection on May 27.

SNHD inspectors found that staff weren't washing their hands, food unprotected from potential contamination and more during the 40-demerit inspection.

The only other ding on the restaurant's SNHD report card came in 2011 with a B grade that was quickly upgraded to an A. 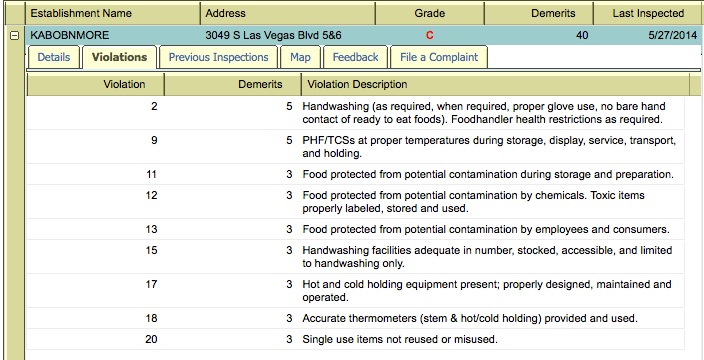 Dumpling & Noodle House at the Hawaiian Marketplace at 3743 Las Vegas Blvd. S. earned 38 demerits after a routine inspection on May 27 unearthed 38 demerits.

Four other inspections since 2013 resulted in a mixed bag of grades jumping around from two C grades, a B grade and an A grade.