When Eater Vegas revealed a dumpling and noodle restaurant named after Taiwan's famed Yongkang Street was headed to Paris Las Vegas, the big question was where would it go? Set to slot into the Le Café Ile St. Louis, Yong Kang Street has revealed itself to occupy the area between the cafe and Le Village Buffet.

The intriguing plywood features an image of the famed Yong Kang Beef Noodle Soup shop, a Taipei staple since 1963, known for its Sichuan-style hot and spicy soup. 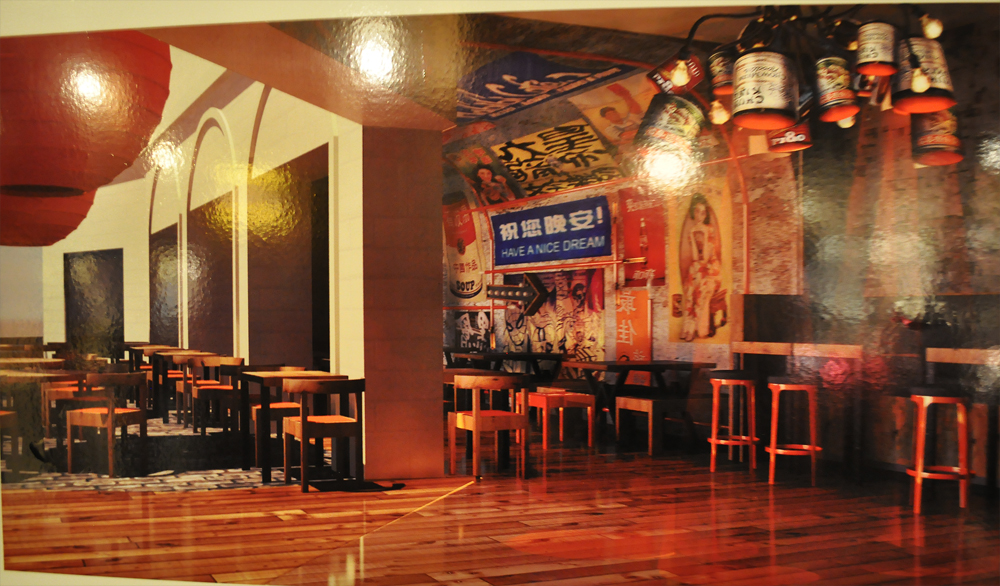 Also of note, a rendering of the project hints at plenty of spartan wood tables and chairs. Plus, an adventurous wall design, utilizing such pop culture imagery as a Warhol-inspired Campbell's soup can, Spiderman, authentic weathered advertising and the phrase "Have A Nice Dream" welcoming guests.

An estimated $525,000 has been penciled for construction on the 2,770-square-foot Yong Kang space. HIG Management, a force behind F.A.M.E. at The Linq, is creating this unusual revenuer for the French-themed resort. No timetable has been offered for completion other than the promise of "coming soon."
· All Coverage of Yong Kang Street [~ELV~]
· All Coverage of Paris Las Vegas [~ELV~]