The Black and White Style of Martorano's at Paris

Share All sharing options for: The Black and White Style of Martorano's at Paris

"Yo Cuz," Steve Martorano's restaurant expansion from the Rio to Paris Las Vegas is now displaying renderings of his concept attached to the plywood covering the projected $1.8 million construction job.

The South Philadelphia-bred chef must really like the design, as his soon to open Martorano's in Harrah's Atlantic City features a very, very similar look. 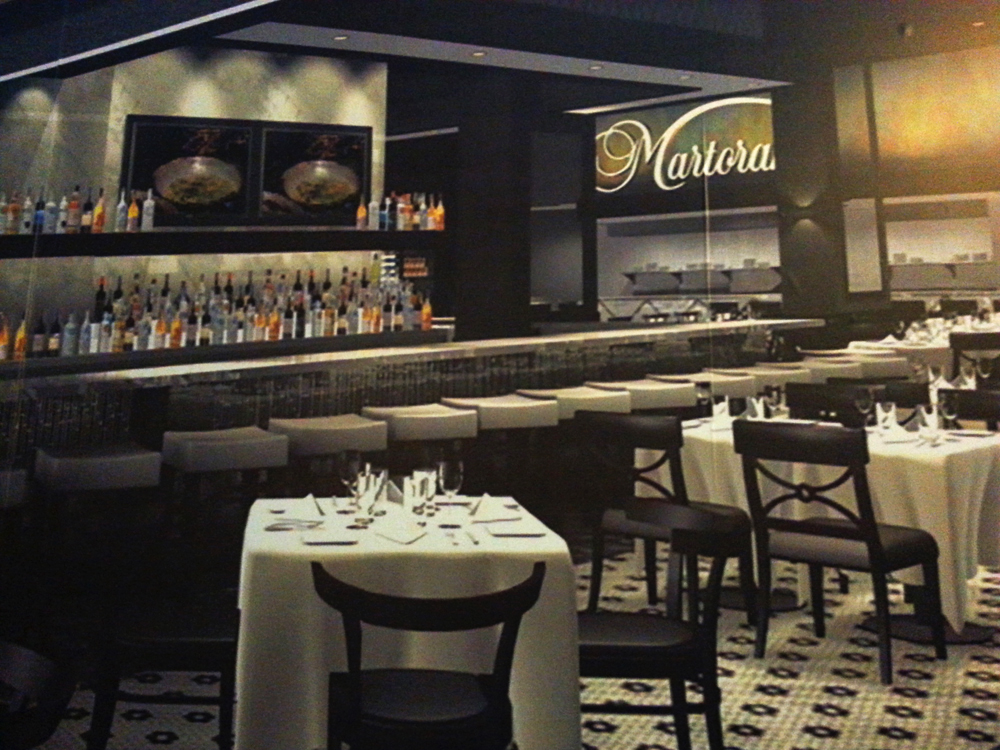 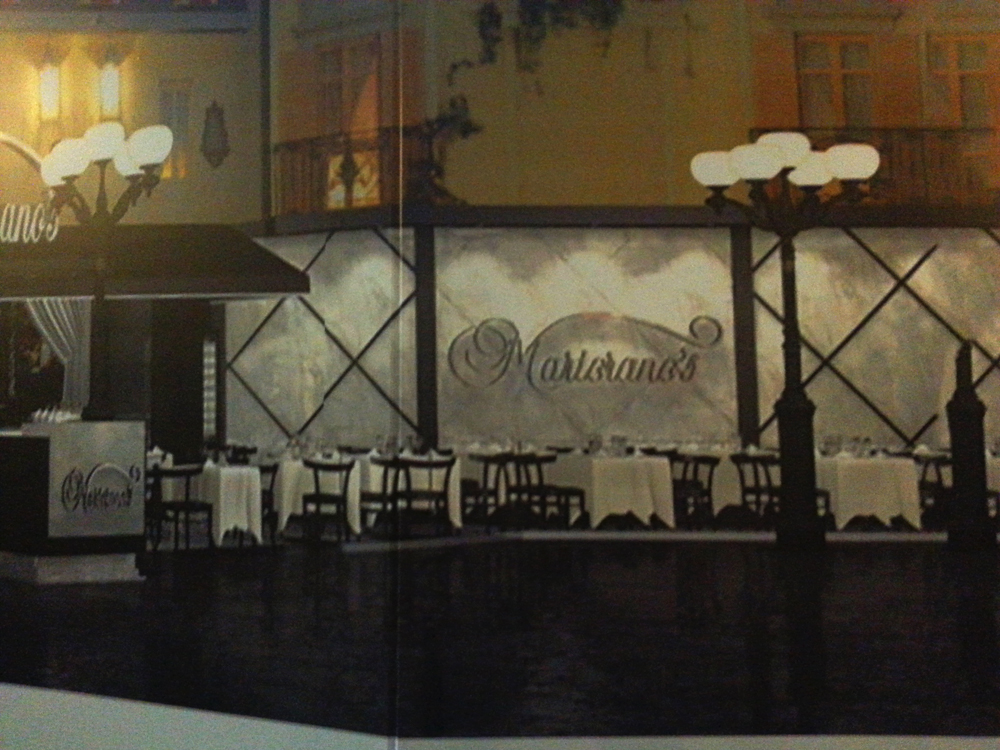 The menu has already been promised to include "eggplant stack, homemade mozzarella, World Famous Meatball with gravy and ricotta cheese, bucatini carbonara, veal and lobster Sinatra." 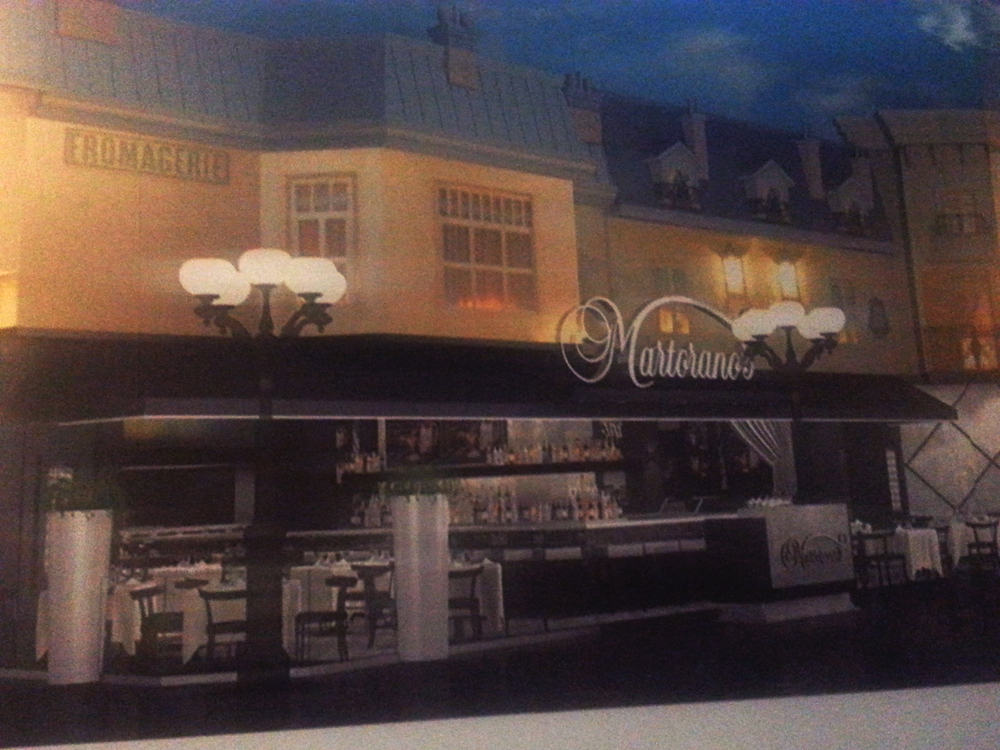 The soundtrack will feature "Frank Sinatra, Dean Martin and Bobby Darin," but the partially open plan restaurant will raise the tempo the later it gets and shift the background noise "into a party mix of classic R&B, disco, slow jams and a bit of classic rock." 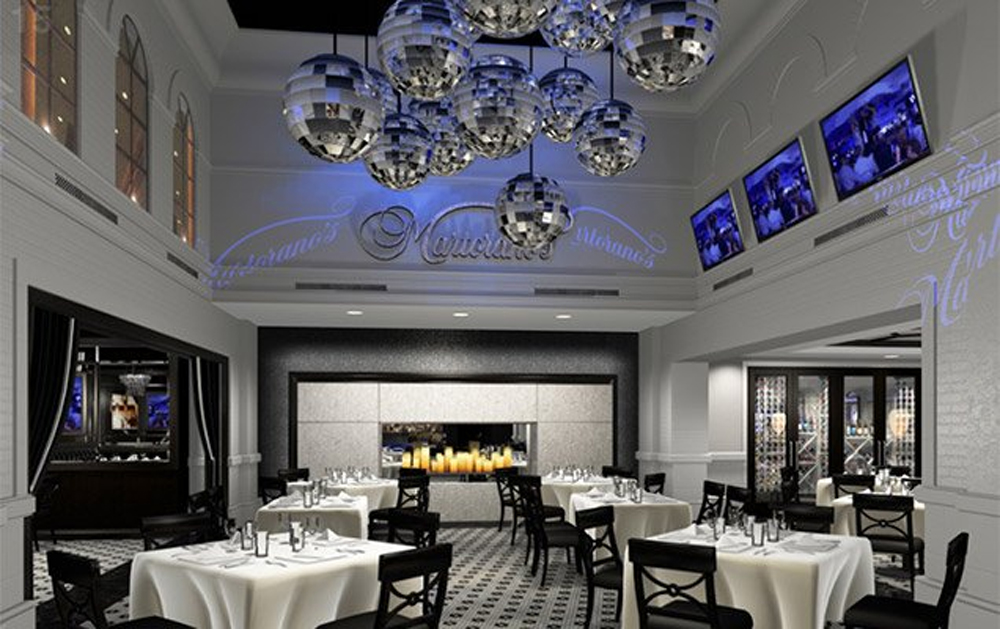 While the official word is the design is inspired by Martorano's first restaurant in Fort Lauderdale, Fla, the mood is very similar to renderings created for Martorano's next location, readying to open inside Harrah's Atlantic City.

If the renderings hold true, the Vegas location will include the exact same design as "back East," for the tiled floors, marble bar, white-tableclothed tables and contrasting black chairs. The feel is meant to remind you "of a jazz era supper club," according to Zagat. At Paris, a row of tables will be wide open to resort's Le Boulevard shopping and dining corridor and facing the lines at the entrance to the Le Village Buffet.

First announced more than a year ago, a late 2014 debut is finally expected.
· All Coverage of Steve Martorano [~ELV~]