Share All sharing options for: Take a Look at the Vision for Shake Shack at NY-NY

The thorough destruction of New York-New York's former sports bar The Sporting House is now in full swing, preparing for the creation of the 24-hour Tom's Urban casual restaurant and the long-awaited arrival of Shake Shack to the the Strip. 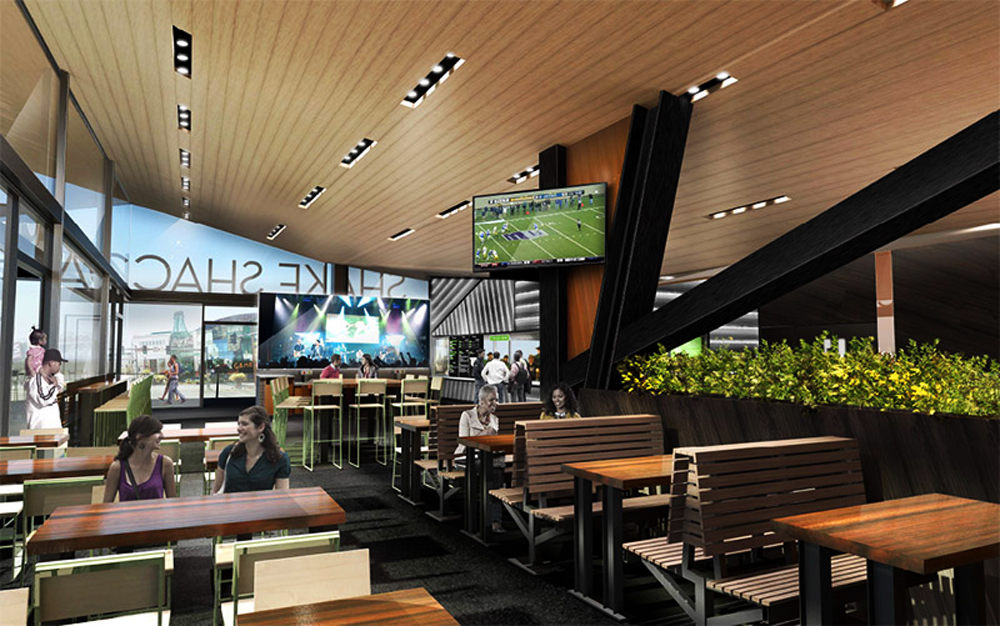 The interior will feature chairs and booths to be constructed from "lumber certified by the Forest Stewardship Council" and tabletops built from "reclaimed bowling alley lanes." Kitchen equipment and lighting will be energy-efficient and "all electric usage will be offset through renewable. energy credits." 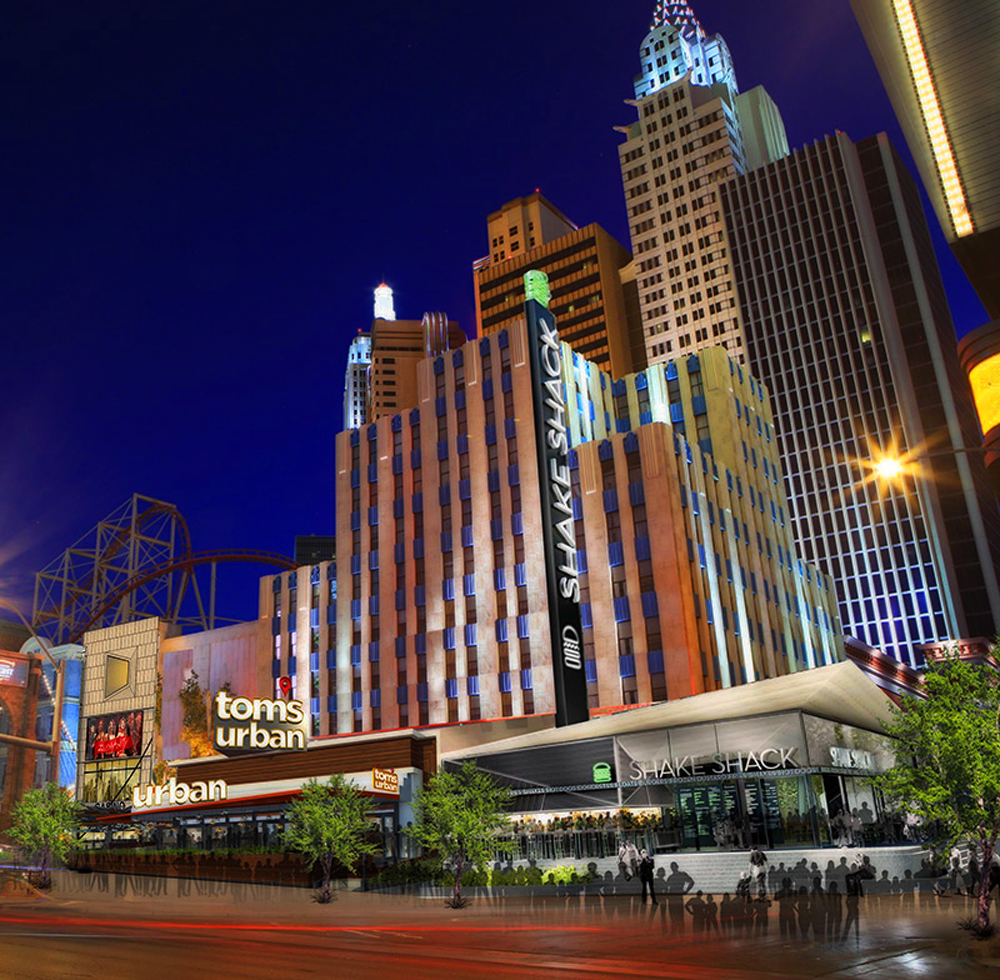 A very, very prominent long blade sign is planned above the Shack, a change from original released renderings that nestled the restaurant into a plot surrounded by trees. 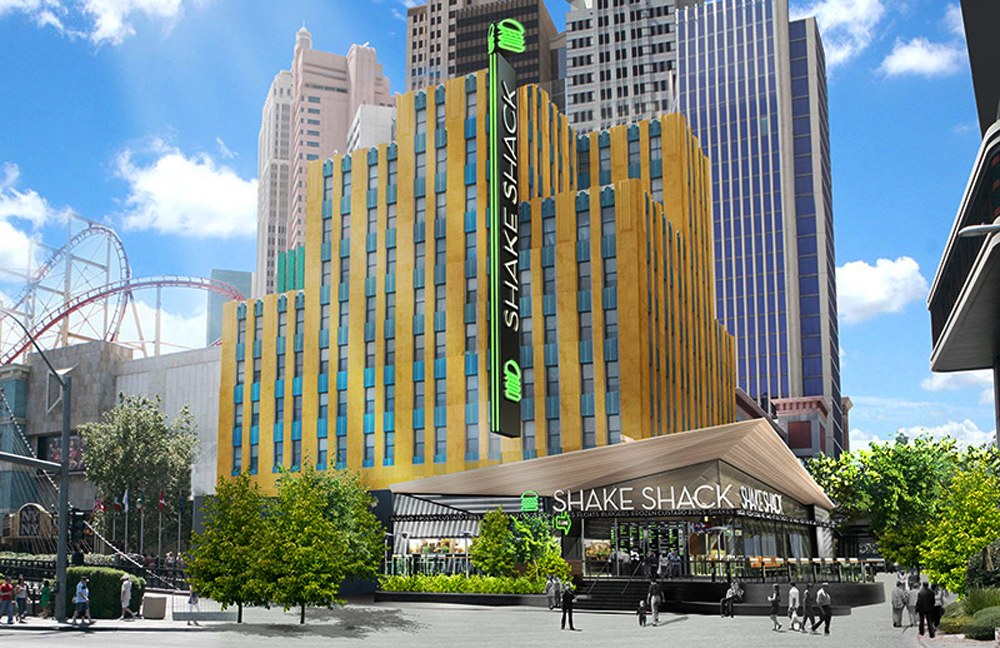 A few dozen steps inside the New York-New York, at their Village Streets Manhattan themed dining district currently sits the Broadway Burger Bar and Grill, an unlikely candidate for survival once the Shack is up and running. 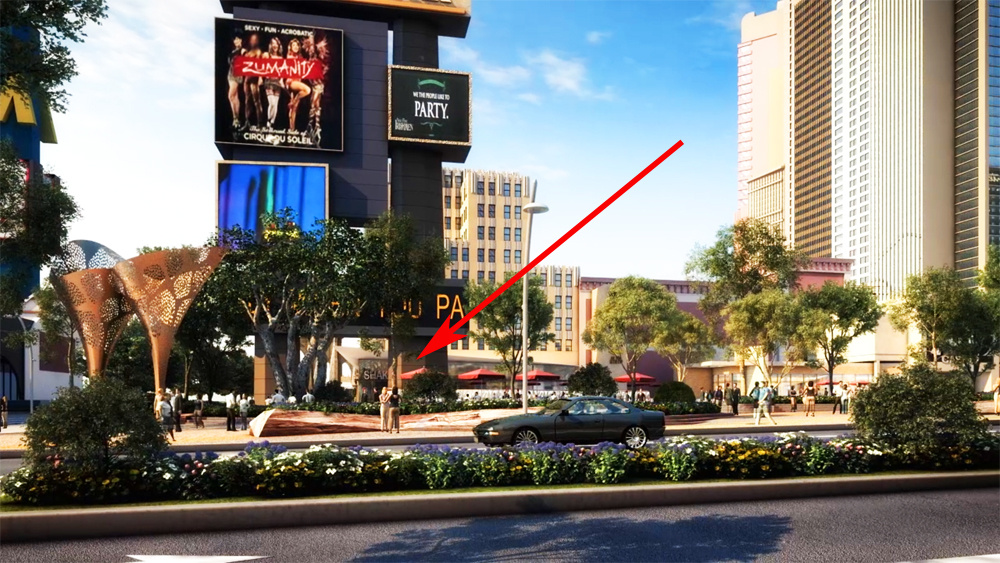 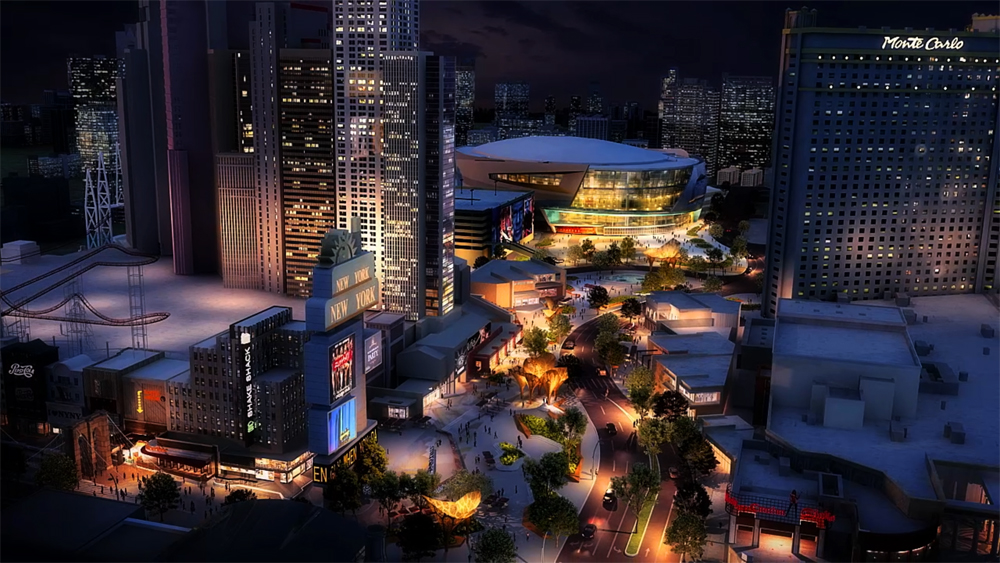 While MGM resorts are confident of a December 2014 debut, a recent official response on the Shake Shack Instagram page, "it's looking like the Vegas Shack will open very late this year, or the beginning of next year."
· All Coverage of Shake Shack [~ELV~]