Caesars Entertainment promises the dumpling and noodle house menu "will range from a wide variety of Taiwanese snacks like 'cong zhua bing' to beef noodles and shaved ice mountains."

In Las Vegas, the 2,770-square-foot counter service spot has spent an estimated $525,000 on construction. 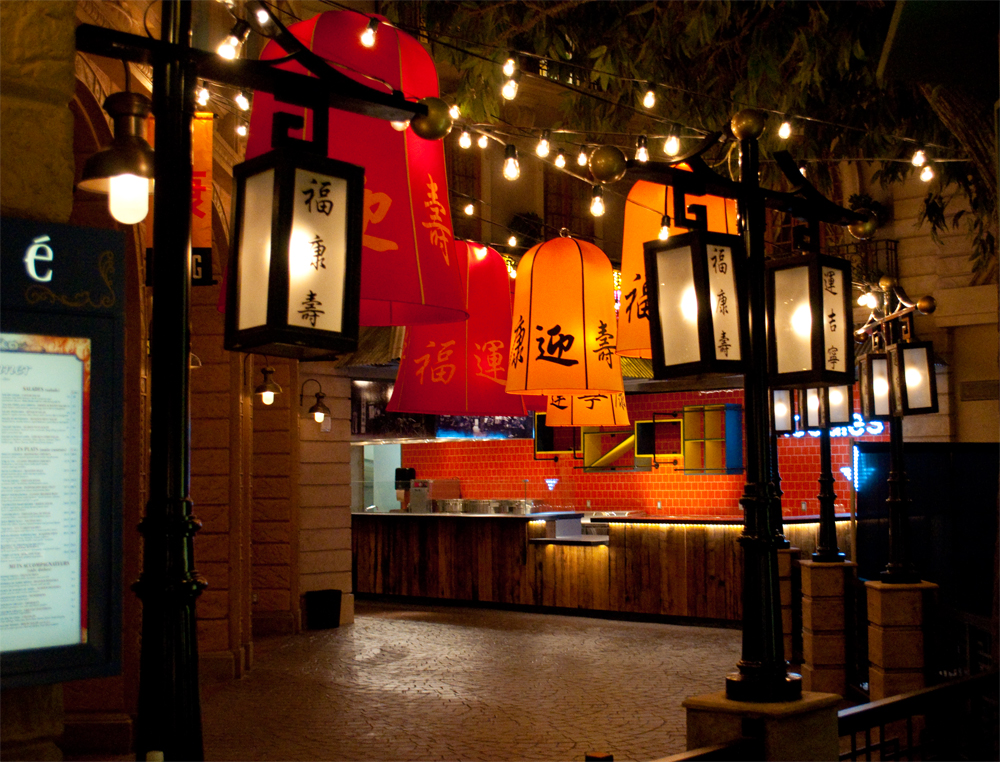 A bright, Broadway-bulb sign and arrow points customers to the "noodles" counter. The look features lanterns and small flags, fake weathered walls and keeps the cobblestone paving of the resort's Le Boulevard promenade.

Created by HIG Management, the force behind F.A.M.E. at The Linq and the food courts at the Hawaiian Marketplace and Neonopolis, the current very close to final product appears very little like the design rendering prominently posted on the plywood during early construction. 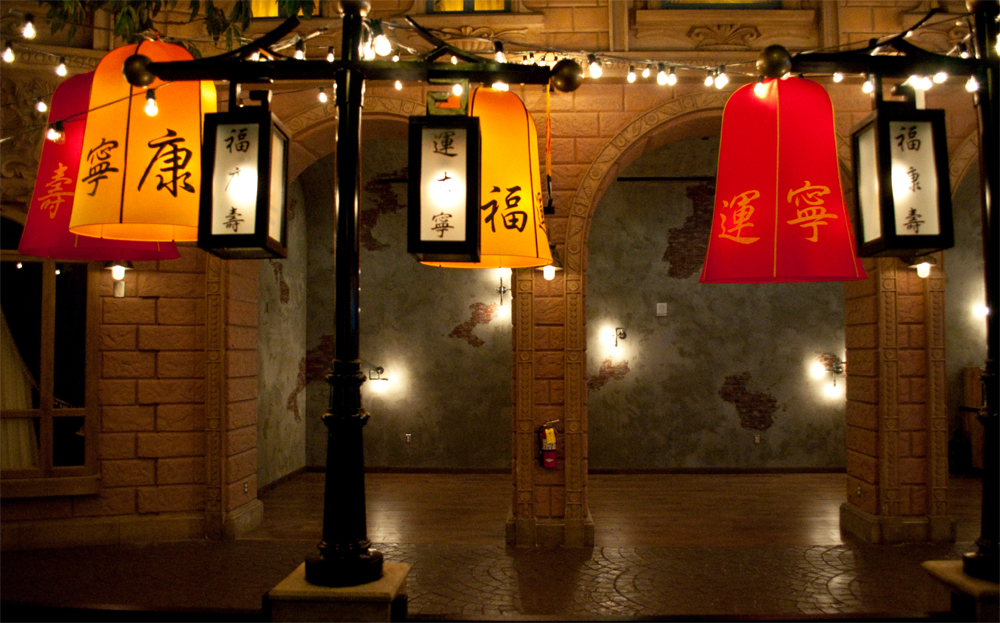 This dining addition is a few steps away from the ongoing work on Steve Martorano's forthcoming Italian restaurant. To aid in the expansion of that 17,667-square-foot takeover of the former Le Provençal space, the popular La Creperie crepe counter has been moved a few steps east and grown in size, but still backs onto JJ's Boulangerie sandwich café.
· All Coverage of Yong Kang Street [~ELV~]
· All Coverage of Paris Las Vegas [~ELV~]