Ra Sushi, the national chain with more than two dozen locations nationwide, was shut down by the Southern Nevada Health District after a routine inspection on July 15. The Strip-facing restaurant sits on the front plaza level of the Fashion Show mall facing the Wynn resort. 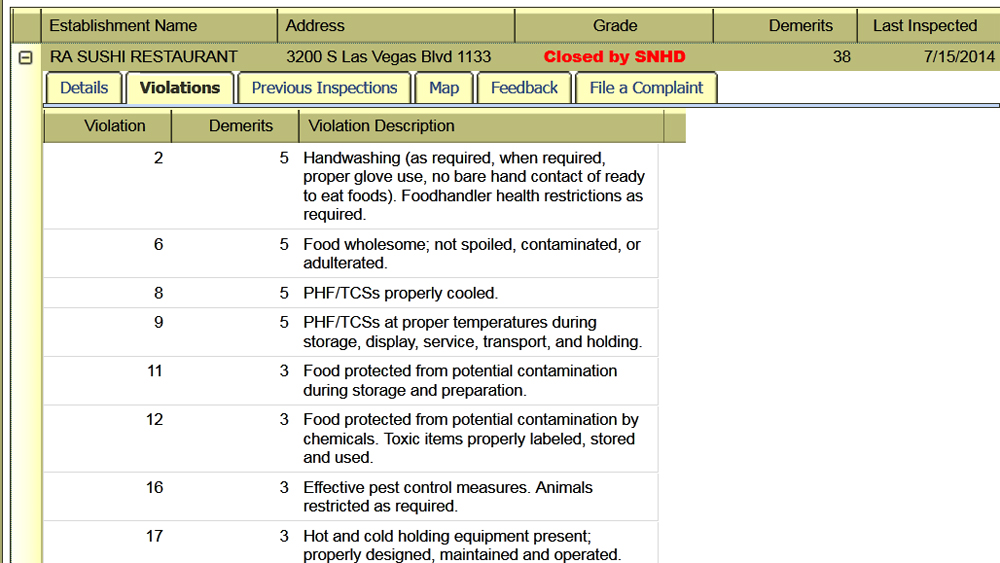 Ra Sushi suffered a previous SNHD shutdown on Sept. 10, 2009, but bounced back with an A grade on re-inspection. Their last inspection in October 2013 was also awarded an A grade.

As Eater Vegas first revealed, big changes are coming soon to the front of the mall, including the addition of five new restaurants, with insider rumors noting the property is very interested in wooing Pizza Rock to the space. It is yet to be determined if the existing restaurants, like Ra Sushi, will ride out the multi-million dollar changes.

Standard procedure calls for the Southern Nevada Health District to shut down restaurants that receive more than 40 demerits. Restaurants have the option of requesting a re-inspection before the next scheduled inspection.
· All Coverage of DOH Chronicles [~ELV~]