The Living Room and the Vortex Deck to the Linq Hotel

Share All sharing options for: The Living Room and the Vortex Deck to the Linq Hotel

Nostalgic games, fashion shows and day-club vibes are part of the ongoing makeover for The Quad as it finally begins its inevitable integration into the neighboring Linq retail and entertainment district.

When The Quad is officially renamed The Linq Hotel & Casino on Oct. 30, there will still be a huge amount of work to be done to transform one of the shabbiest resorts on the Strip into something worthy of The Linq promenade. While the immediate signage will be different, the remainder of the substantial work on the hotel rooms, retail and pool areas aims to be finished by spring 2015.

Under construction for months and still hidden behind enormous plywood, the once rumored 3535 Bar will now be christened the Living Room. The 8,833-square-foot lobby bar has been allotted an estimated pricey $2,705,628 construction budget. The Living Room's gimmick will offer guests "a board game menu that allows you to reserve your favorite board games. You can play here, or even bring it up to your room." The introduction of non-gambling, old school games into a gaming environment has already been introduced to Las Vegas at Downtown's Gold Spike and at The View at the Palms. The Gold Spike's open plan area for playing retro games is even named The Living Room.

Across from the Linq's Living Room, the hotel is spending a projected $2,153,790 on constructing a new 3,850-square-foot registration desk including an "automated check-in process and a VIP lounge and concierge desk with touchscreen capabilities. 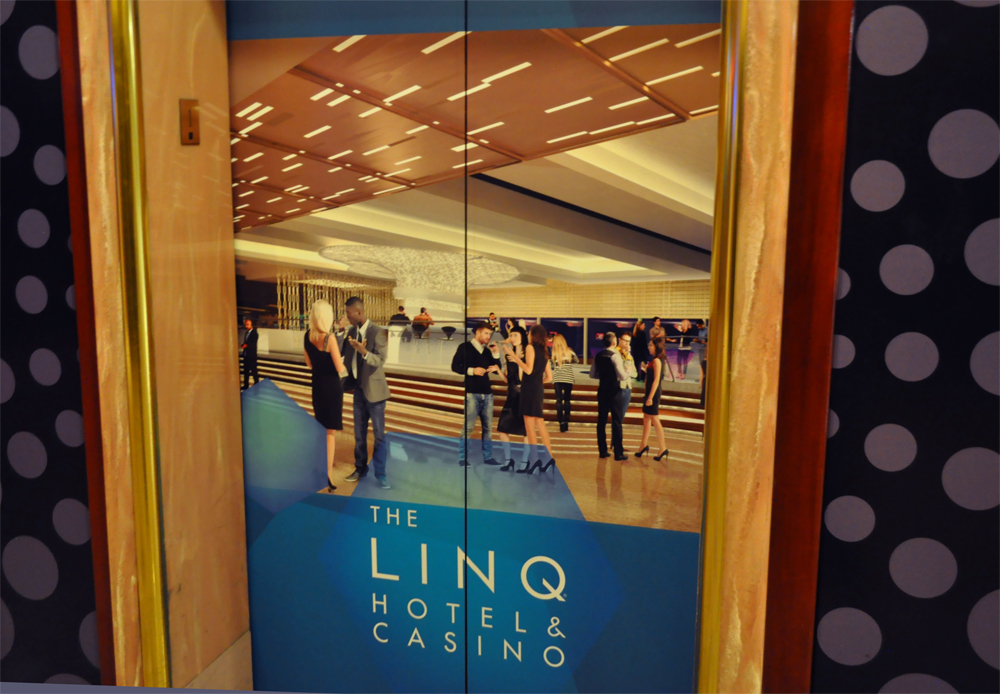 Elsewhere, improvements include a 15,000-square-foot spa and fitness center, a coffee shop and a social lounge, plus big changes to the pool area, set to be broken into two separate sections. As Caesars Entertainment explains, "the main pool deck will be ideal for sunbathing, while the other will have a more social, day club experience complete with a DJ booth and another bar." 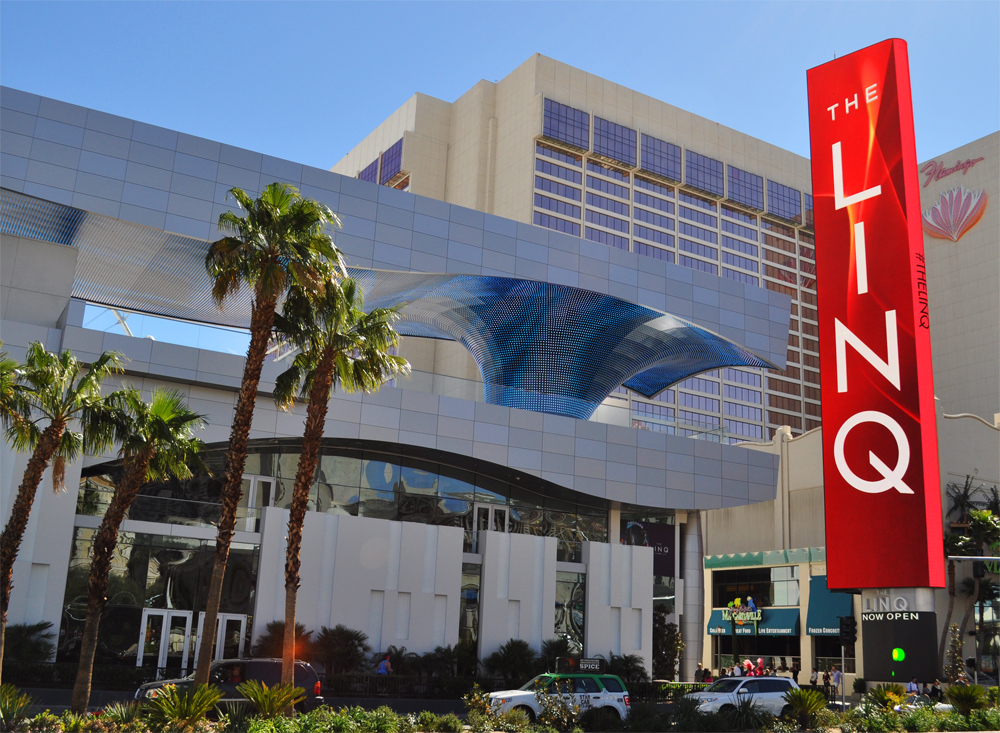 Also part of the plans, the new 21,000-square-foot Vortex Roof Deck, located on the fifth floor. The currently neglected space will be made available for "fashion shows, live concerts, weddings and remarkable views of the Strip" under the umbrella of the Vortex light display. Renderings for the Living Room concept show a light sculpture over the bar similar in shape and style to the Vortex.

The aim of new $223 million makeover is to create "provocative yet approachable modern offerings," according to Bob Morse, president of hospitality for Caesars Entertainment, who adds, "This new hotel is bold, graphic, social and digital with dynamic community spaces designed for the socially engaged traveler."

Current Yelp reviews of the Quad run a full roster of horrific descriptions of the property including "COCKROACHES on the 17th floor (and I'm sure throughout)!!! This place is a complete dump! " to "like having a GIANT fleabag of a motel in the middle of the strip."