Once voted the creators of Australia's best gelati by the Sydney Morning Herald, Gelato Messina is headed to Downtown Summerlin. And hopefully they will be bringing Dr Evil's Magic Mushroom. Following Eater Vegas' guide to the casual dining options at the future 106-acre, 1.6 million-square-foot mall, a tipster revealed the elevated ice cream parlor was set to take up residency in the middle of the complex. Gelato Messina confirms they hope to be up and running by October.

Named for an area of Sicily where Nick Palumbo, one of the company's four co-owners, parents were born, Donato Toce is the Australian chef turned gelato maker. The shifting menu includes 40 choices of gelato, large gelato cakes and monoporzione. Aside from classic flavors, their top 10 gelato flavor combinations include pear and rhubarb with chocolate fondant, Italian nougat and tiramisu and poached figs in marsala and gianduia. 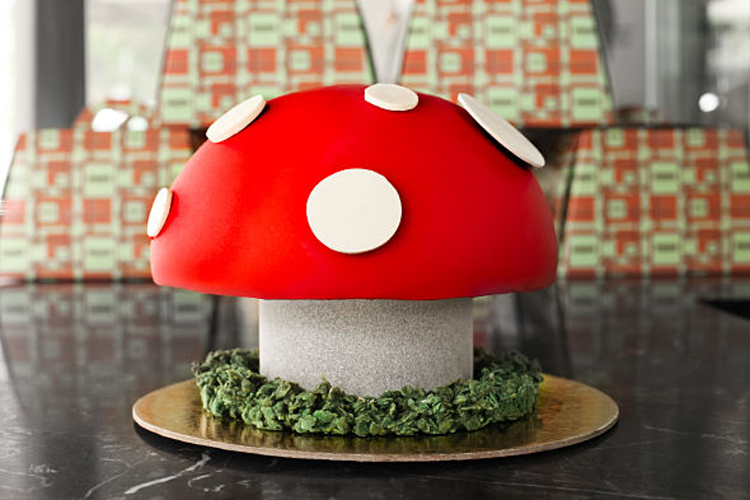 Gelato Messina is no stranger to a casino city. It already operates within the Café Court dining area of The Star Sydney Casino & Hotel, the second largest casino in Australia and home to their city's own Marquee Nightclub.

The company are also noted for their elaborate gelato cakes, including Dr Evil's Magic Mushroom. Their recipe is an indication of their declared commitment to preparation. The cake is built with "Dr Evil gelato (dark chocolate gelato, peanut cookies and dulce de leche) and is topped with layers of vanilla cream, chocolate sponge, a red ganache, and white chocolate buttons to finish. The stalk is filled with dulce de leche caramel surrounded by dark chocolate gelato. The whole mushroom sits upon 'grass' made from popping candy and crushed biscuit." It serves 14 to 16. The monoporzione version is known as the Mini Me.