No need to panic, Emeril's New Orleans Fish House at the MGM Grand has not vanished or shuttered despite first glance appearances. In front of an enormous wall of plywood and a very active construction scene greeting visitors walking toward the restaurant, an informal chalk board sign informs puzzled guests the famed chef Emeril Lagasse's Creole-inspired dishes are still being served inside. 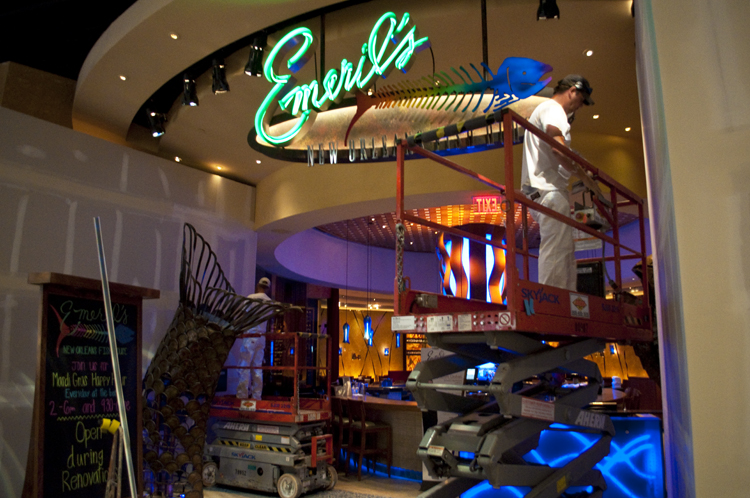 The wall-to-ceiling plywood, now almost hiding the front entrance, covers the 1,950-square-foot of upgrades. The sprucing will include "glass walls replaced with metal rails and drywall. Some terrazzo flooring to be replaced." The estimated construction budget is quoted as $300,000. No timetable for completion has been published.