Lack of adequate refrigeration was the reason for the immediate closure of Chapala's Mexican Restaurant at 3331 E Tropicana Ave. during an Aug. 5. routine inspection by the Southern Nevada Health District. 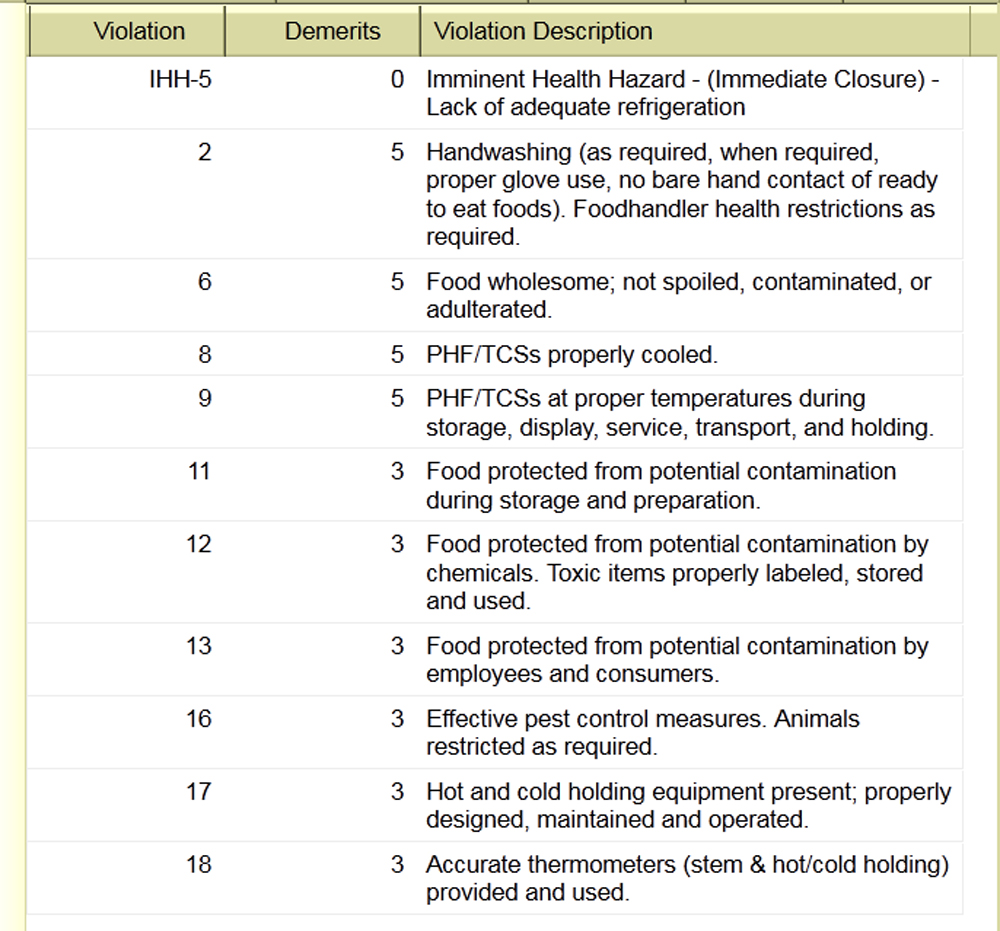 A customer posted an honest reaction on the restaurant's Facebook page. "U guys are shut down by the health sept!!!!!!! What the hell? Takes a lot of demerits to shit u down, what gives ???," which received the owners reply, "sorry guys walk in went down. No good. Be open as soon as the parts arrive. Thanks."

The family owned Chapala's has operated in Las Vegas since the early 1970's. Their three previous inspections, dating back to November 2012, all received A grades.