A New Preview of the $3.9 Million Shake Shack

Share All sharing options for: A New Preview of the $3.9 Million Shake Shack

The plywood surrounding the remnants of New York-New York's former sports bar The Sporting House has revealed an updated preview of how the Strip's first Shake Shack will fit into this space later this year.

With an asymmetrical roof and a large patio better revealed by the new rendering, Shake Shack will occupy 9,135-square-foot on the resort's northern corner. Building from scratch, the estimated construction budget is a super-sized $3,871,258, with free million dollar views of Las Vegas Boulevard. 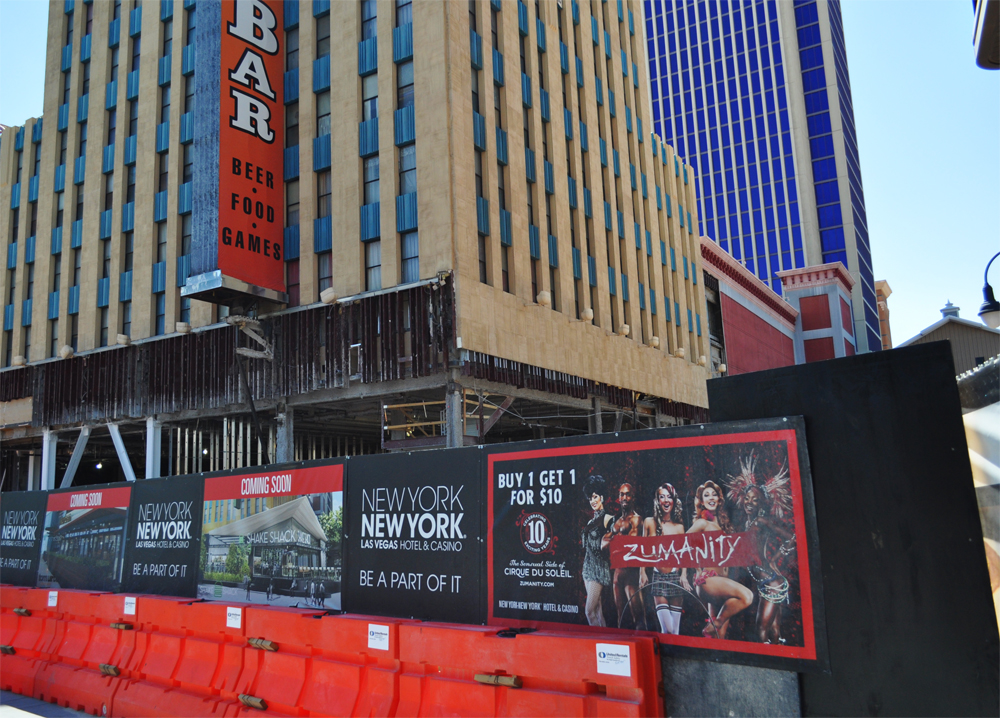 Before work began, Shake Shack had already decided the build would include "lumber certified by the Forest Stewardship Council" and tabletops built from "reclaimed bowling alley lanes." Energy-efficient equipment will be purchased and "all electric usage will be offset through renewable energy credits."

Armed with a prime location, the now famed burger and flat-top dogs menu will also include a Vegas-only "selection of rich and creamy frozen custard concretes." 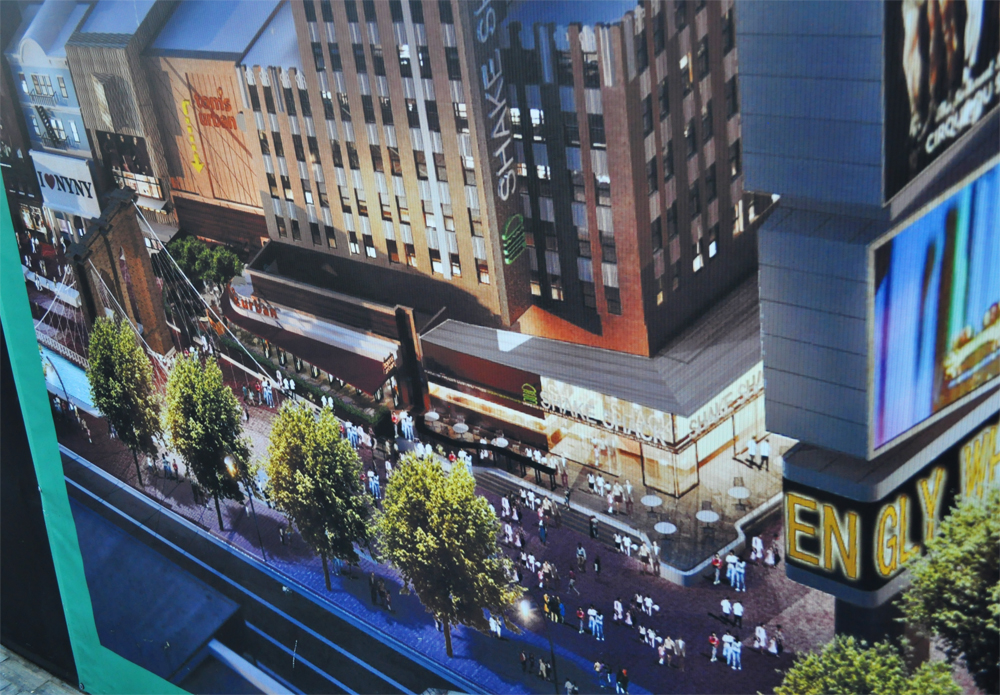 The resort still believes both venues will debut this December.
· All Coverage of Shake Shack [~ELV~]