The ultimate design will be "French film noir" inspired, but the current plywood outside Michael Mina's future Bardot Brasserie looks more like the 2001: A Space Odyssey black monolith. Behind this imposing wall, the destruction of Mina's American Fish will transform the 5,382-square-foot of space and add patio seating with views of Mina's Aria resort neighbors Jean-Georges Steakhouse and Sirio Ristorante.

Construction on this complete remodel is estimated to run a robust $2,976,045, with a look created by design team Bishop Pass. 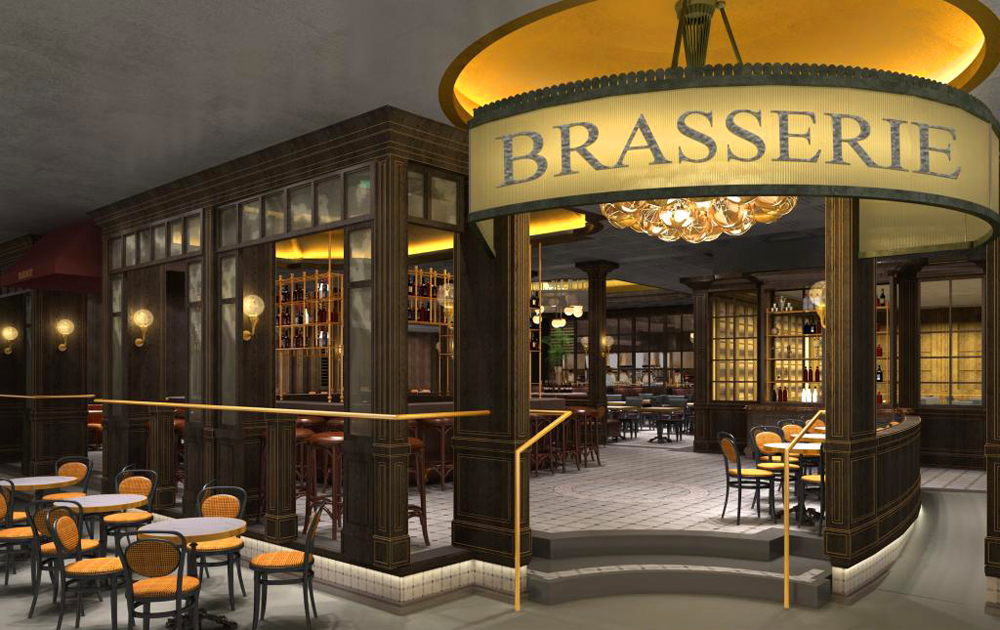 Once through the brass and amber entrance, the noir theme translates into mood lighting and "dramatic shadows.. for an alluring and mysterious experience." Like American Fish, the open kitchen concept will remain, while the "centerpiece" is a "360-degree accessible bar with counter-to-ceiling brass shelving."

A winter 2014 debut is promised.
· All Coverage of Bardot Brasserie [~ELV~]