The Plan for the Pawn Stars' Pawn Plaza

This new portable cube structure could have 10 little restaurants.

Share All sharing options for: The Plan for the Pawn Stars' Pawn Plaza

If any celebrity chefs are looking for a celebrity landlord for their next location, then look no further than the stars of the number one TV show on the History Channel.

One-story high images of the Pawn Stars Rick and Corey Harrison, the Old Man and Chumlee are planned to beckon you to the newly named Pawn Plaza, a dream project created with huge portable cube structures. The dining and retail concept is destined to sit across the parking lot from their famed Gold and Silver Pawn Shop venture and the set of their widely popular TV show.

The brainchild of the land owner and shop honcho Rick Harrison, new renderings and details hint the unconventional branding spin-off might not be another of Downtown's wild fantasy projects.

The latest plan calls for as many as 10 mini restaurants to fill out the two levels. With a projected cost of $2 million, real estate brokers Cushman & Wakefield are already inviting prospective tenants to sign up for a lease. 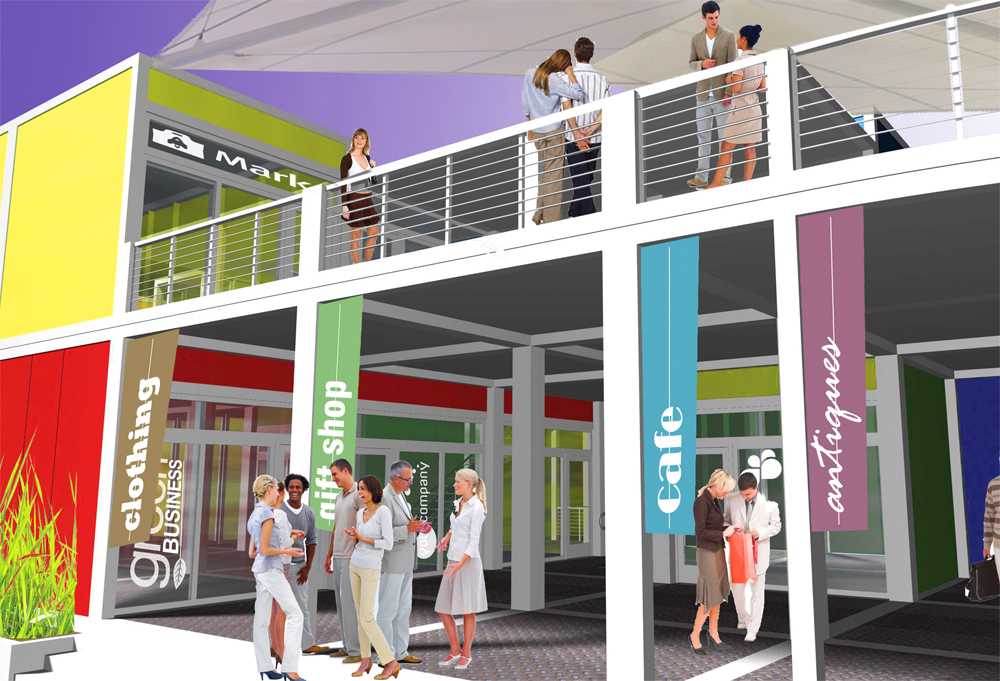 The Pawn Plaza's air conditioned units range in size from 12-foot by 24-foot to 32-foot by 36-foot and the ceilings can be as high as 12 feet. The latest layouts feature nine tenants on each floor, with five on both levels imagined as possibly food focused. The second level features a deck facing downtown and a patio looking directly down onto Las Vegas Boulevard. 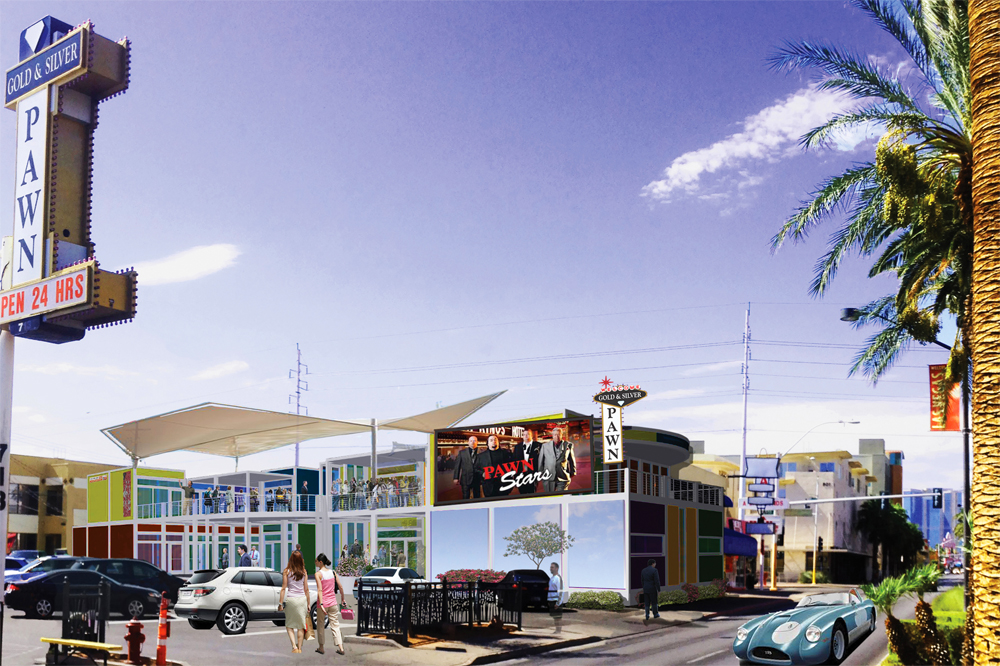 The look created by local firm Chesnick Scott Design is unabashedly inspired by Rick Harrison's admiration for Downtown's Container Park. Xtreme Manufacturing, also locals, will build the Plaza with the same "Xtreme Cubes System" found on Fremont Street. Already thinking ahead, a report says Harrison has also considered purchasing the bail bonds operation on the corner of this block to create a second version of his Plaza. 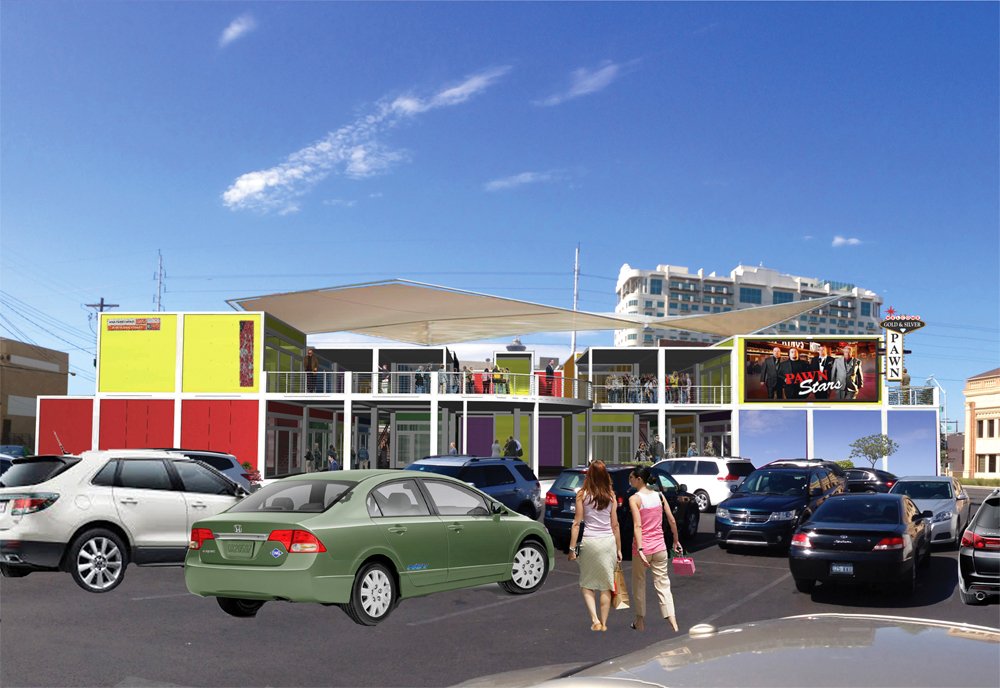 The pitch for tenants boasts more than 100,000 people per month visit Gold and Silver Pawn. Tourist demand is so high, local bus routes officially announce walking directions to the store as they approach the nearest bus stop. The Plaza is expected to seek Planning Commission approval within the next two months.
· All Coverage of Pawn Stars [ELV]