Share All sharing options for: Martorano's Definitely Opening in September, or October

Paris Las Vegas has updated details on the arrival of Steve "just a cook with a brand not a chef" Martorano's second local location. The resort says the the Italian restaurant "opens in September" with a black and white style design that mirrors his recently debuted location at Harrah's Atlantic City, with tiled floors, marble bar, white-table clothed tables and the inspiration "of a jazz era supper club." At Paris, the very open plan frontage sits on the resort's Le Boulevard shopping and dining corridor. 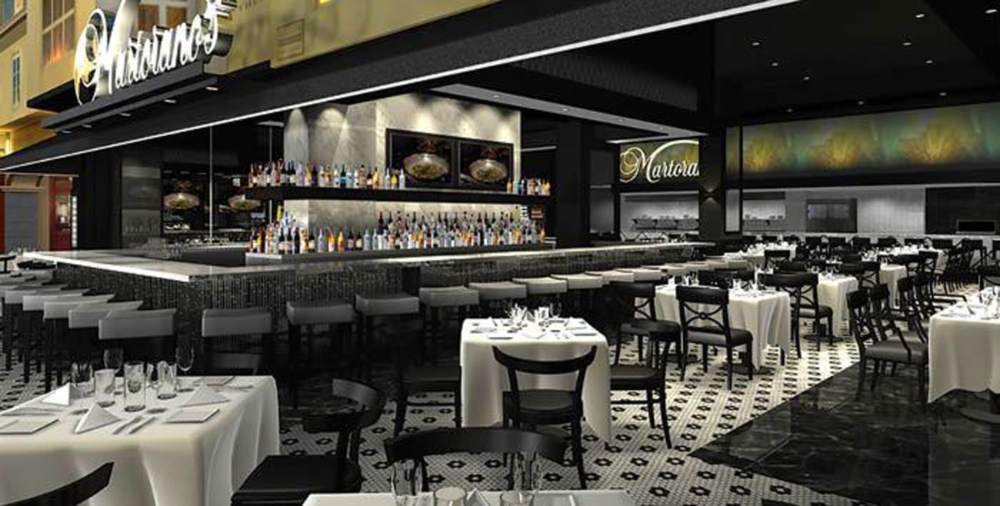 Martorano himself has begun sharing images from the staff training as he personally instructs his crew in making South Philly-inspired dishes. On the menu expect to see eggplant stack, homemade mozzarella, "World Famous Meatball with gravy and ricotta cheese," bucatini carbonara and veal and lobster Sinatra.

Over the last month Martorano has repeatedly revealed the restaurant will not open until October.
· All Coverage of Steve Martorano [~ELV~]