Which Long Lost Restaurants and Bars Do Las Vegans Miss Most?

Share All sharing options for: Which Long Lost Restaurants and Bars Do Las Vegans Miss Most? 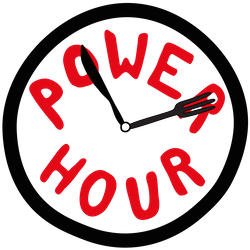 Mark A. Curry maintains a Facebook Group called I Grew Up in Vegas, Baby, Vegas that’s a great place for Las Vegas natives to commiserate on long lost Vegas attractions. Curry keeps a list of what he calls "the most discussed, talked about, mentioned subjects and/or places on this group." He ranks them in order of popularity based on how often they are discussed. Here, the most discussed restaurants and bars that are most discussed. Keep in mind that some of these places are still open.

1. The Alpine Village Inn! (chicken soup, The Rathskeller, recipes, peanut shells on floor, locations, owners, on and on!) Sigh.......

2. Macayo's (their sauce, the TCTs, which ones are still open, the plastic donkey on the glasses, are they really closing? etc.)

18. The Charleston Plaza Mall (including The Fox Theater and Pizza Den/Bar)

30. The Horseshoe ($2 steaks and .50 cent drinks, getting your picture taken with the million dollars)

33. Keggers and parties in the Desert (Top of Sahara, The Caves, The Cliffs)

48. Cafeterias (The Harvest House and Furr's)

54. Was there ever a White Castle in Las Vegas? (The answer is NO!)

64. Farm Basket and Pik Nik'n Chicken (The Gobbler and Cluck-e-toes)

88. The Country Inn and The Plump Turkey restaurants.

92. The Blue Angel and Blue Onion.