Andre Rochat Unleashes His Culinary Library on an Unsuspecting Public

Share All sharing options for: Andre Rochat Unleashes His Culinary Library on an Unsuspecting Public

Andre Rochat debuts a new culinary library inside his Andre’s Cigar Lounge at the Monte Carlo today. The space on the second floor of Andre’s Restaurant & Lounge now features more than 700 cookbooks, magazines, Michelin Guides and more from Rochat’s 55 years in the kitchen.

Rochat adds the library as part of his 35th anniversary celebration for his first restaurant, Andre’s Downtown. 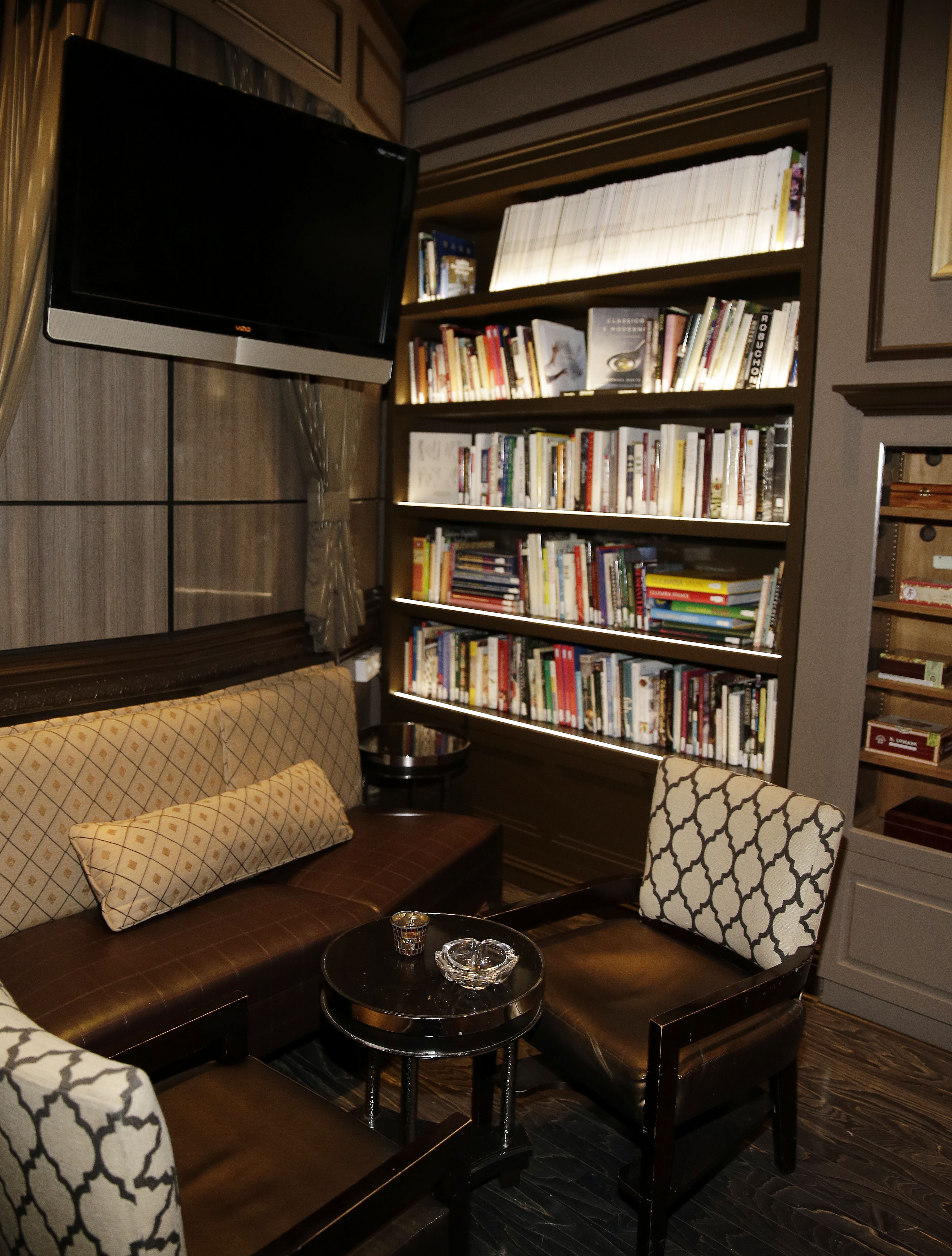 Rochat plans to rotate pieces from his 1,000-title collection in and out of the library. Find discoveries such as The First American Cookbook by Amelia Simmons, copyright 1796; a French print edition of Georges Auguste Escoffier's Le Guide Culinaire; 106 volumes of the culinary magazine Art Culinaire; an 1892 print of The Everyday Cookbook, The Encyclopedia of Practical Recipes by Jean-Pierre Gauthier; and signed books from Julia Child, Jacques Pepin, Joël Robuchon, Paul Bocuse and Jean-Louis Palladin, which happens to include his original menu from Jean Louis at the Watergate.

"I began collecting these books because, for me, reading them is relaxing and I enjoy being inspired by other great chefs’ recipes," Rochat says in a press statement. "The more I began to read, the more I wanted to know. Decades later, I’ve amassed this amazing library of books from around the world that I want to share not only with fellow chefs and restaurateurs but also our guests."

Andre’s also plans to start a book of the month program where executive chef Christopher Bulen makes small savory and sweet bites based on cookbooks in the collection for guests to dine on while reading the books. Cocktails and cigars also will be paired with the special menu.

Your 2015 Guide to Las Vegas Restaurant and Bar Openings